The stories of true and everlasting love can become a burden in the end, but teenagers still aspire to love. 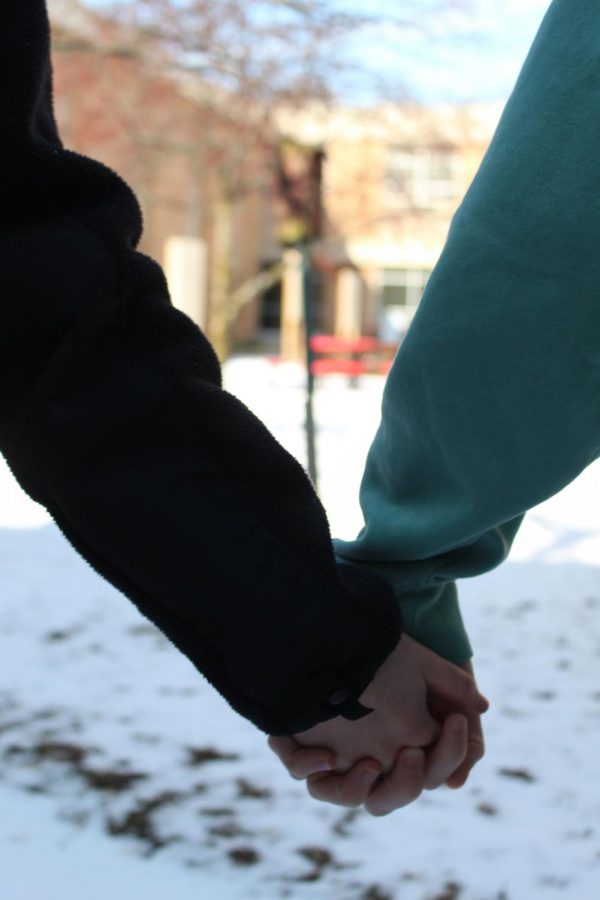 The idea of love may seem like it is full of happiness, trust and passion. Sometimes people can get wrapped up in the dream of having love so badly that once they find it, it may not always be true love. A strong desire for love can be dangerous. When one wants love so badly, they may jump to any opportunity that comes their way. Forced love is the idea of one forcing them self into a relationship because they want love even if it is not conventional. This may be an outcome of one’s strong desire of having love itself.

“Forced love is not love,” sophomore Alexa Phillips said. “I do not think love can be forced because that would not make it genuine. [People who force love] are not really in love, they’re looking for external validation or maybe they like the feeling that they get with their affair partner because it’s new.”

Toxic relationships can stem from people who feel they need to be in a relationship. Forcing love between two people can be destructive. There are many reasons why one may want love; that can be because the person purely loves love and wants to have it all for themself.

Love is not always the answer to happiness. Some may feel that it is necessary to be in a relationship in order to be happy. In movies or television shows, love may seem easy and expected for everyone. If a person is not in the right headspace or fully in love with themselves, then it can be harder to entirely love another person. This can lead to a failed relationship.

“I think people get obsessed with the feeling of being like around the idea of love, even if it’s not [forced] because they don’t have [love on] their own,” sophomore Nina Albertini said.

The outcomes of forced love can result in a breakup, divorce, cheating or even an affair. One may seek to have an affair because they feel dissatisfied in their current relationship. An affair does not have to result in only having sex with another person that is not one’s partner. According to the New York Times, cheating does not have to partain to having sexual relations with another person; it can also occur when a partner has another emotional relationship with no sexual contact or flirts with a non-partner to feel the love that is not received in a current relationship.

Dealing with an affair can be very difficult and damaging between two partners. Many questions may occur, which is why some may seek therapy as an answer.

When someone wants love for themself, they may force it with any person who will show interest in them. Since their current love may have been forced, one may want an escape and try to receive love from another person because they want to feel loved. When an affair occurs it normally occurs in secret, without their significant other knowing.

“My family members [have been through an affair], it causes a big breakup in families and even relatives. I don’t trust anybody [because of it], so I have really bad trust issues,” Albertini said. “[I think people do it] out of their own insecurities and that they like making a mistake. I mean we’re all humans, but I think they don’t realize the consequences of what it [does to their] own kids or spouse. I think it’s not like they’re wired for love, it’s mostly they just wanted someone to fill a role.”

Teenage love is not uncommon, but in most cases teens find themselves in relationships because of the want to explore. A teenager may dream of wanting the perfect relationship, but in reality, love is never perfect. It is important that as a teen they don’t actively look for love from just anyone, because as they get older that strong desire for love will become more intense. This often leads to disaster.

According to The Psychologists, as a teenager, love is used as a device for self development rather than true, everlasting love. Though some relationships in high school last, in most cases teenage love is a temporary lesson. For teenagers they may feel love is a necessity to have while young. Breakups are destined for teenagers, and broken hearts will happen, but the lessons learned from young relationships are what’s important to focus on.

“I love the idea of love. The idea that you can have feelings for someone and they can feel the same way about you and you can go to them for whatever you need,” Day said. “I feel like some people look too hard and get themselves in bad situations, but if you look hard enough there’s someone out there for everybody.”

As easy as it may seem, love is a significant commitment between two people. It is important to not force love even when one wants it so badly. It is easy to become obsessed with the idea of love, which is why forcing it can lead to failure. It is important to love oneself and ensure that someone can be fully independent before seeking love with another person.