The Underrated Artists You Should Be Listening To

Tons of new music is made everyday, along with new artists. 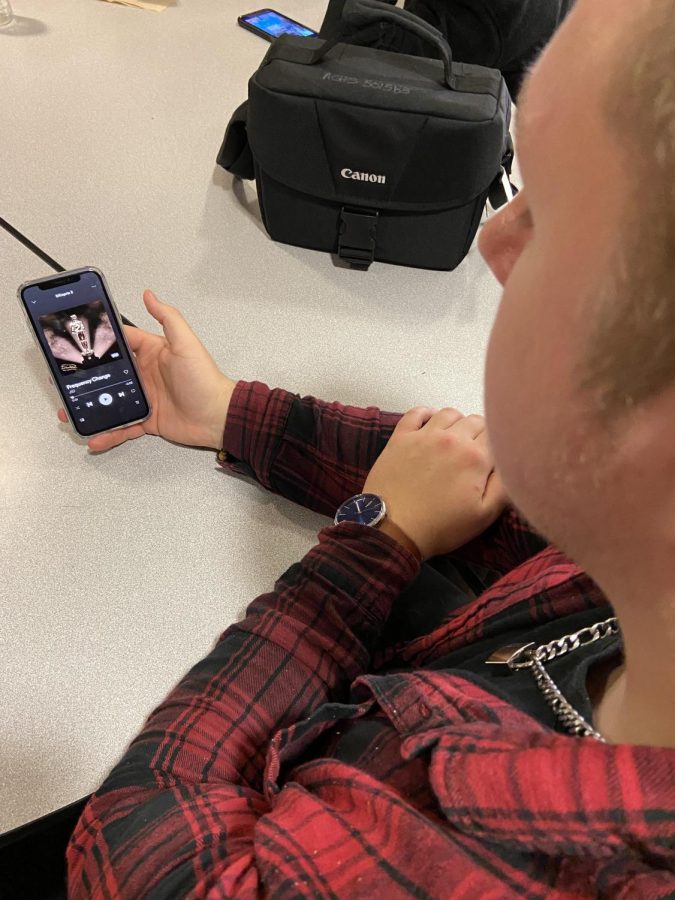 Senior Brandon Patton listens to his favorite rap album by J.I.D. ¨I enjoy the authenticity and the melodic vibe to it all and I would highly recommend it,¨ Patton said.

There are new artists every year making their own impact on the music industry, but some artists are undervalued and not respected as much because of their lack of plays or streams. These artists have so much potential and they should have the opportunity to be listened to by everyone.

An underground artist that has been showing he belongs in the talk of the greatest rappers is 29-year-old Atlanta native J.I.D or Destin Choice Route. He has been in the game ever since his high school days. J.I.D is a small-time rapper making a name for himself in his hometown and world. J.I.D is a soft-spoken rapper that tells stories with his lyrics. He talks about his downfall and rise to fame and what he did to overcome hardships in East Atlanta. His relaxing but sometimes up-tempo music has surpassed over 5 million views with songs called Off Deez, 151 Rum, Slick Talk, and many more. The Atlanta Native takes after his hometown and tries to match the sound and his idols.  He’s even paid homage to the greatest to ever come out of Atlanta. Senior Emmanuel Espinoza had a few positive comments about the rapper.

“He is the ideal person to represent Atlanta,” Espinoza said. “He is always bringing up his hometown and even sometimes plays shows to help out.”

Some big record labels have taken notice of his potential. As of February 20 2017, he is signed with DreamVille, the same label that signed with artist J Cole.

The  Emotional Oranges another group that has proved them selves worthy of audience attention. They started making music in 2018 and it has gone unnoticed until recently. Their music consists of laid back soul music that closely resembles the 90’s. They use all talents in their group to mix their melodies so the sound can be complete. Their group has come out with two studio albums titles The Juice Vol. 1 and The Juice Vol. 2.  The group has surpassed over a million streams and are appreciated for their efforts of storytelling. Senior Dylan Liebert is constant listener and enjoys their music and had a few comments on their albums.

“Their albums were very underrated,” Liebert said. ” They all managed to sound perfect on their two studio albums and I added almost every song to my playlist.”

The Emotional Oranges hopes to blow up with their next album but is trying to focus on their “normal lives”, but believe they will be the best band in the world. They can surely do this with all the talent they have and all their creative minds combining together.

These two artists or groups are surely on the come up and you should give them a listen and you could potentially like their music. They will all be releasing new albums in 2020 and they will have their own impact on the music industry whether it’s an explosion of the best magnitude or if it’s a complete flop, but we won’t know till then so give them a listen and they could amaze you.