Striving to make the best of the team, and himself. 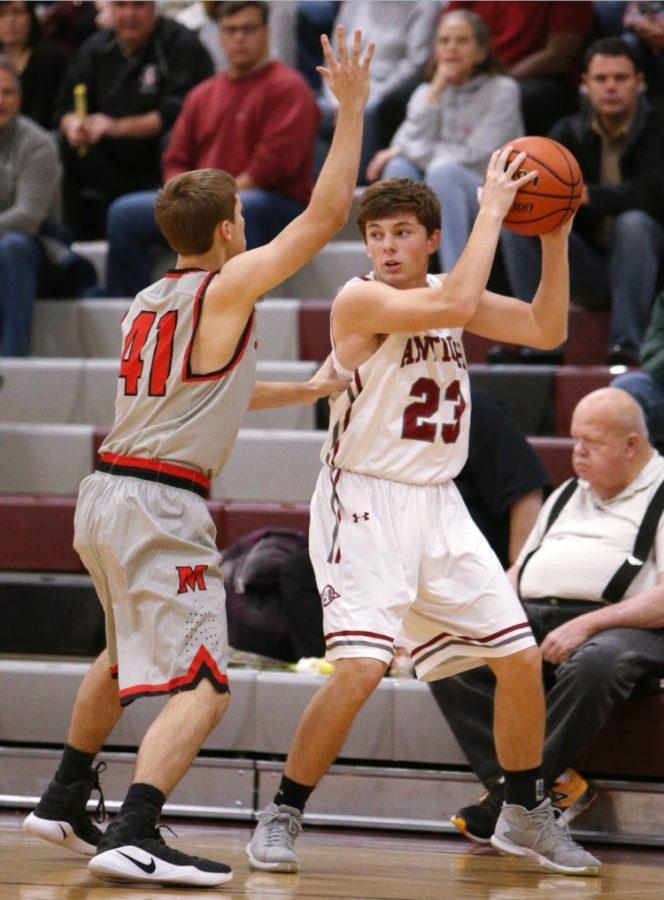 “I joined a recreational league when I was younger. After that, my passion for the game kept growing and I wanted to keep playing,” Galante said.

Since his little tike years, Galante has been working hard and obtained many skills and talents from playing the sport he loves most.

“I think I have progressed a lot as a player. I think my driving skills to the hoop has been my biggest improvement but of course there is always room for improvement,” Galante said.

While being happy with his progress, Galante is never satisfied with his work because he always wants to improve himself to help his team in as many ways as possible. He practices day in and day out to reach the goals he has set for himself. His hard work ethic from practice carries over into games which has helped him become the player he is today.

“I just want to grow as a player and help the team as much as I can. To accomplish that, I’m going to continue to practicing hard in practice and do whatever else it takes,” Galante said.

Galante’s “never enough” attitude pushes him to work hard and be the best he can be.

Current teammate, junior Alex Larson, believes that Galante is one of the most hard working, kind-hearted players he has ever played with.

“He is very great athlete and teammate, and a very good person off the court. He is always a positive teammate and picks people up during the game when they are feeling down,” Larson said.

Catch Nick Galante and the Sequoits at their next game at home, December 10, against Grayslake Central at 1pm.