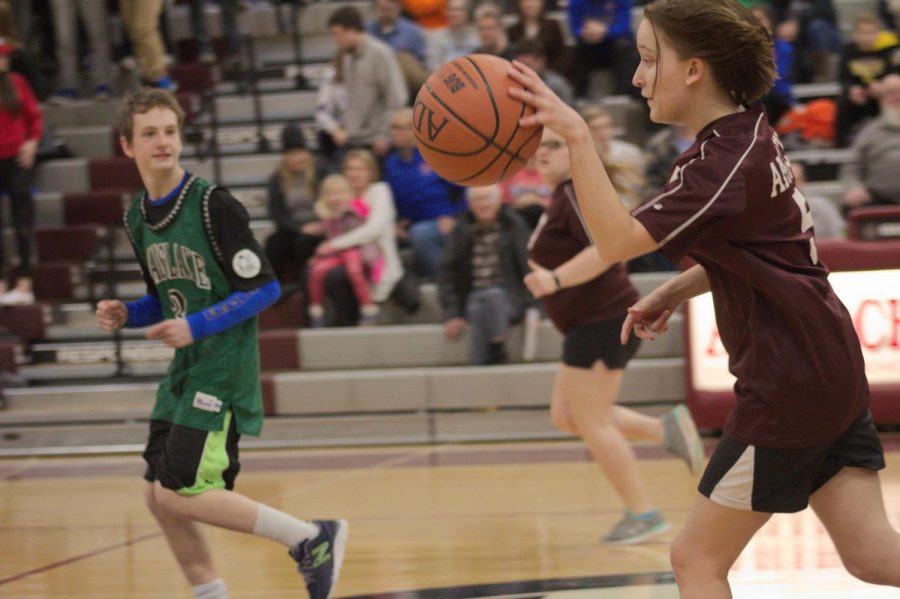 Each team got a chance to compete against the others with their fans cheering them on throughout the entire night; student sections from each school came out to support the buddy-ballers, filling their fan sections to the top.

The teams faced off against one another in some tough games, but ultimately came together to form two teams in the final game: District 117 against District 127. The Eagle Pals joined the Sequoit Sidekicks to take on the Best Pals and Perfect Pals from Grayslake, making the last game of the night one to remember, and, for D117, the first time it’d ever hear the roar of “let’s go Seagles.”

The night ended with District 127 coming out on top of District 117, but each team had smiles on their faces for awards at the closing ceremony. The tournament was a major success amongst the players and the crowd, allowing everyone of all ages, sizes and locations to come together for one night of basketball.