What it Feels Like to Find Beauty in the Beast

By Amber Podgorski // As Told to Shannon Price 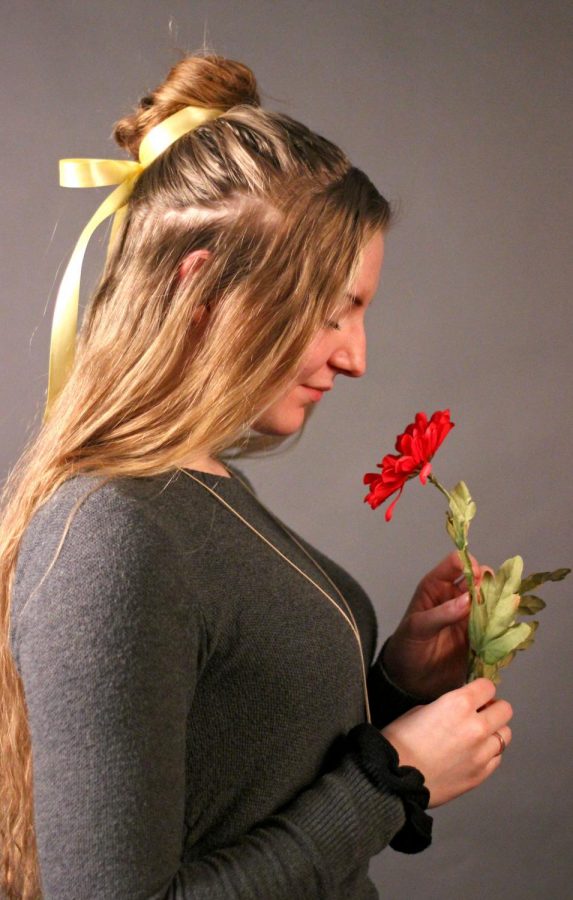 I don’t remember much of my parent’s marriage. I remember that we were together. I don’t remember much of anything else because I was far too young, but we were a family. My mom, my dad and all of my relatives all in one place, and we were happy. My parents owned a mobile home at a campground and we would sit around a campfire like a happy family. It’s one of the only memories I have of my parents together. Long story short: that didn’t last long.

Neither of my parents had charmed childhoods. My dad was always a hard worker; he wanted to make something of himself and prove to the world that he was more than his West Chicago upbringing. My mom didn’t want to do work. Beyond taking care of me and my brother, she didn’t work. She would lie about using my dad’s money and writing checks in my dad’s name. Finally, they filed for divorce. The custody agreement resulted in equal rights to visitation. After the divorce, it wasn’t long before my mom found someone new that walked into our lives; his name was Mike.

If you could roll up every horrible human trait into one person, you’d get Mike. My brother and I had to witness the bruises he left on my mother; he constantly got into trouble with the cops. Only God knows what other things he did. Because of the conflicts he caused, along with the law-breaking, there was a warrant out for his arrest.

My mother frantically packed up everyone’s things, stuffed them in the car and the four of us drove together to Kentucky. She made us promise not to tell our dad that we were leaving. I didn’t know if she wanted to avoid the backlash of defying the custody agreement from the divorce or if she just wanted to avoid him; either way, we drove off, away from everything we knew.

We never really settled anywhere and we rarely stayed in the same place for very long. Mike had court dates that he couldn’t miss back in Illinois, so we would move back and forth constantly. My brother and I were never in the same school for more than a year. I was never able to make friends. I didn’t have a life-long pal in whom I could confide. I guess that’s why I really don’t connect with people now.

Eventually, my mom and Mike settled in Alabama and it seemed like we were finally going to stop running. My mom got a job and was working all the time and Mike was a deadbeat, so I was left to take care of my four younger siblings. I had to grow up really quickly; I had no time to be a kid.

The longer we lived there with Mike, the more violent he got. He had a short temper and almost always resorted to abuse as a way to express his frustration. He would leave bruises on me and my mom; he broke my brother’s arm; and, in all that time, I just told myself that it’s fine, that I’m old enough to handle it. I was nine… I didn’t know anything different.

The first time I realized that this behavior was abnormal was when he beat my one-year-old sister. She was crying for our mom’s attention and she wouldn’t stop, so he picked her up and spanked her until she learned to stop.

It wasn’t until a Department of Children and Family Services worker came to our school to talk about abuse that I had the courage to talk to someone about my home life. I talked to the DCFS worker about my stepdad’s behavior and she launched an investigation into our household situation, which resulted in a restraining order. He threatened me saying “You really f*cked up this time, Amber. You’ve caused too much trouble,” and almost as if it were on cue, my dad appeared.

He came to take my brother and I back to Illinois for the summer. Honestly, going back was like going to Disney World. He spoiled us and loved us and gave us a home where we could feel safe. It was the best summer of my life, but the weather got colder and it came to be time for us to return to Alabama.

My brother and I cried, screamed and pleaded to our dad for him to let us stay. I would have done anything to not go back to that place. He applied for temporary emergency custody of us until he could take my mom to court and get custody for good. We were so happy to be in a home where we felt wanted. Sadly, this was far from my happy ending.

Things with my dad were going really well until I started thinking about college. I wanted to go to college in the city, but he wanted me to stay here and go to the College of Lake County. I guess it was because he had missed so much of my childhood that he didn’t want to lose any more time with me, but little spats here and there turned into full-blown fights. I could feel our relationship deteriorating; it was like our love for one another as a father and daughter was slipping unceasingly away like sand in an hourglass.

He was a very conservative guy, as was my stepmom. He would constantly be angry about something I was wearing or someone to whom I was talking. He had so many rules that if I stepped even the slightest bit out of line, he would dish out severe punishments.

He threw away and broke my dance trophies; he burned every pair of shorts I owned; he threatened to break my guitar. The only refuge I could find was in dance and even that was snatched away from me. I couldn’t live like this anymore.

I started keeping some of my things at friends’ houses just in case I needed a place to go. After a particularly violent fight, I left my dad’s house, ran to my friend’s and never turned back. They gave me a place to stay, a place to call home. I don’t have the words to explain how thankful I am for them and their kindness.

My friend’s parents gave me the opportunity to pursue my dream of going to Loyola University, becoming a lawyer and helping kids like me with families that abuse or neglect them. If anything good came from my childhood, it’s the ability for me to offer my wisdom to other children who really need it. I know it sounds cheesy, but it does get better. I swear.