Senior Jamie Nottingham is wearing a quarter-zip by the brand Nike. "Some brands just have better quality," Nottingham said. She also believes that shoppers can find great items from cheap companies. (Izana Nordhaus)

Senior Jamie Nottingham is wearing a quarter-zip by the brand Nike. "Some brands just have better quality," Nottingham said. She also believes that shoppers can find great items from cheap companies.

Are Name Brands Worth The Hype and Price?

Students explain why they believe name brands draw so much attention.

Over the years, fashion trends and brands have changed. Name brands such as Champion, Nike and Supreme have been around for some time, but it is up to debate on whether or not they are worth their price and hype.

Sophomore Ethan Lax, a “Supreme” customer, appreciates and values name brand clothing. Supreme has gained a mass following since it was established in 1994 by James Jebbia. The average cost of a Supreme hoodie can range from $100-300.

“I like the hype around it,” Lax said. “I also really like the colors and styles of the clothing.”

Supreme is also known for collaborations with numerous well known celebrities and brands. In 2017 Supreme released a collaboration with Louis Vuitton in the form of a sweatshirt which at the time retailed for almost $500. Within the first day of selling the sweatshirts over 7,500 people came to purchase one from the pop-up shop in Tokyo.

“[I think they do well] because [they’re] mixing either very popular brands or a very popular person,” Lax said.

Another brand that has been drawing people’s attention recently is Tommy Hilfiger, which was established by Thomas Jacob Hilfiger in 1985. The average price of a sweatshirt from this brand can range from $70-120. One of the biggest collaborations of 2019 was Tommy Hilfiger X Zendaya.

“I don’t like Tommy Hilfiger,” Lax said. “I don’t like the colors [because] it is wrapped around only blue, white and red.”

Along with Lax, senior Jamie Nottingham believes that people are drawn to name brand clothing because of those who wear it, whether these people are peers or celebrities that are currently prominent.

“I think that when people see celebrities, they like their style and they happen to be wearing name brand,” Nottingham said. “They think that [it is] the kind [of clothing] they need, and they see it advertised a lot or in stores.”

“I can go to the thrift store and get a general t-shirt [that is] good quality,” Nottingham said. “I don’t think the price necessarily depends on the quality.”

Champion has spiked in price since it was established by Abraham and William Feinbloom in 1919. Their apparel was originally used for people of the military, but has evolved into popular street wear. The average cost of a sweatshirt from the brand Champion is around $60.

Freshman Kaitlin Lenox is an active athlete and currently plays field hockey at Antioch Community High School. Lenox also likes the brand Champion, but does not think it is worth the price.

“I purchase from Champion the least,” Lenox said. “The apparel is really nice, but they are really expensive.”

Although many students like the styles and colors of name brand clothing, many agree that the clothes are not worth the expense. 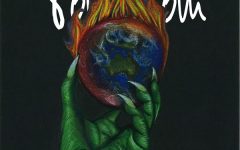 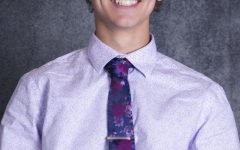 The Humidifier - smell  Wrestling with backed up sinuses is not a way to live life—especially because living also means sleeping. It was nea...