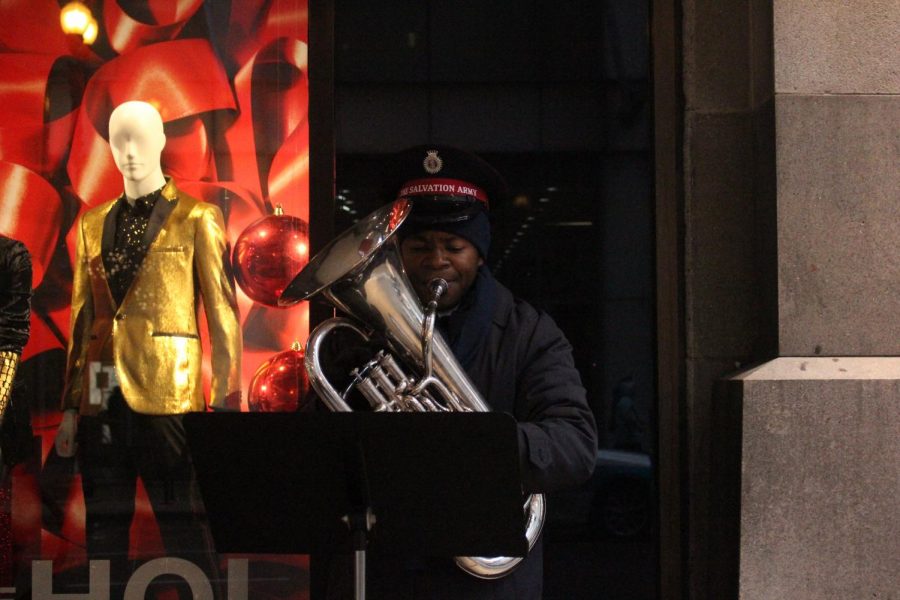 Some culture’s most recognizable characteristic is their music style. Every culture uses different instruments to create unique sounds. Music can make a huge impact on someone’s life because of the way it makes them feel. Music can be used to spread awareness of cultural differences and keep the traditions of cultures relevant.

Diversity and the City

In the suburbs of Chicago, the area is diverse with the different cultures and genres of music. Often, these cultures affect students at ACHS.

Chicago is a city known for its different genres of music and diversity. Many different cultures thrive in the Chicagoland area and each has their own music genres. According to the Bright Spark Blog, the most common cultures within the Chicago suburbs are German, Mexican, African American, Irish and Polish. The different cultures impact the music scene through unique music styles and sounds.

Junior Lucas Bentley comes from a background of German descent. He participates in special German celebrations and traditions with his family.

Some may use music as a representation for who they are, their background and as their identity. Music can also bring people together because of a commonality in cultural background.

“Mexican music [reflects my cultural background],” sophomore Diana Del Real said. “Every year this mariachi festival comes to Chicago and my family and I always go. It means a lot to me because I am Mexican. I’ve grown up listening to [Mexican music] because of my parents.”

Every culture has their own musical preferences: sound, instruments, tempo, lyrics, etc. Even though certain songs may be sung in a different language or at a different tempo, most cultures still have a similar selection of genres with just their own take on them.

In the Chicagoland area there is a large community of German immigrants. German culture consists of a wide range of music. According to InterNations, typical German music consists of traditional folk, jazz and pop genres. There are many prominent figures in German music: Ludwig van Beethoven and Johann Sebastian Bach are known for their classical and romantic symphonies. A popular festival that celebrates German culture with live music is the Christkindl Market. This festival comes to Chicago every year around the holiday season.

Another culture that makes up a large portion of the northeast cities in Illinois are Hispanics. According to The New York Times, the most well known genres of Latin music are mariachi, salsa, tango and pop. Latin music utilizes guitars, trumpets, maracas and harps in such a way that differentiates it from other music genres. The vibrant beats of salsa music and the heavily percussive sounds of Latin rock and alternative music make up Latin music.

Junior Annabelle Guerra comes from a background of Ecuadorian descent. Latino music has been a large aspect of her life.

“The type of music that I listen to that reflects my cultural background is Latino music,” Guerra said. “For me, listening to Latino music specifically older music, like salsa ties me closer to my roots. The special characteristics of this music [that differentiate it from others] are the instruments that are associated with the Latino genres.”

In the Chicagoland area music can bring people of the same culture together through concerts, festivals or other gatherings. People who identify with a certain culture may listen to the music that reflects their cultural background.