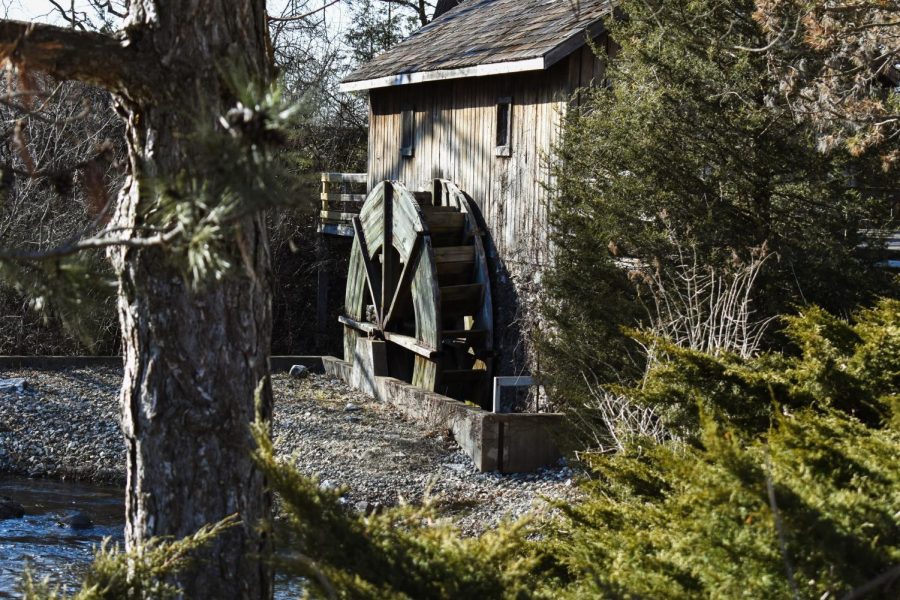 The Hiram Buttrick Sawmill was originally built in 1839. Today, a replica stands a few hundred feet away from the mill’s original location.

The early history of Antioch is all but well known, though it serves as a point of interest in the discussion of the ACHS logo.

Antioch: ever heard of it? First permanently settled in 1839 by the Gage brothers, the area had been home to the Potawatomi, Sauk and Fox Native American tribes for thousands of years prior, until ultimately forced to relocate by the U.S. government in the 1830s.

Ainsley Wonderling is a historian with the Lakes Region Historical Society, an organization founded in the early 1970s to preserve the history of the Chain O’ Lakes and the surrounding region. The society curates both the Schoolhouse Museum and the Meetinghouse Museum, both located off of Main Street in downtown Antioch.

According to Wonderling, even after the relocation of the Natives, many would still often travel through the area to reach their summer quarters. This traveling continued into the 1850s.

According to the Encyclopedia of Chicago, Lake County was officially organized and separated from McHenry County in 1839. Then, in 1850, the county adopted a township form of government and each individual town required a name; though, there was disagreement on what name present-day Antioch would adopt.

“The name Antioch came because there were settlers from England in the area and settlers that had come from New England,” Wonderling said. “The settlers from England wanted to name the town Windsor and the people from New England wanted to name it Antioch because most of them were members of the Disciples of Christ church, and the town in modern-day Syria called Antioch is where Christ disciples were first called Christians.”

A vote was then held by the people and Antioch was decided as the name of the town.

Further along in Antioch’s timeline is the building of the schoolhouse. According to the Village of Antioch, schooling was first available at the end of 1842. At the time, there was no physical building, but rather, classes were held wherever there was room. Later, in 1873, a permanent school was built. This building had only one room and served as the school house for all grade levels. As there were more students, the building grew. In 1915, a new school was constructed on Main Street; this became ACHS. Since its construction, the building has undergone many renovations and has received many additions.

Understanding the beginning of Antioch, original Native settlers and the construction of ACHS is important in the discussion of the school’s logo, Sequoit name and Antioch’s Sequoit Creek. Further analysis of these topics will be featured in upcoming stories.