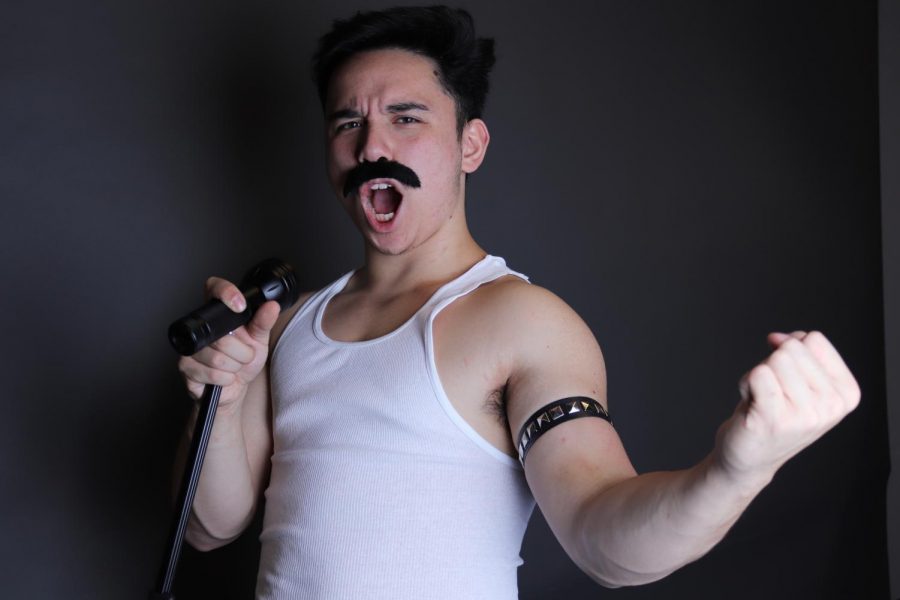 Recently, there has been a significant surge in the representation of mental illness in popular movies like “Joker.”

Mental health has been gaining awareness throughout recent years. This topic has become more known as more research has been discovered. Schools and families may talk about mental illness more; students may have even seen or been through these issues.

“Mental health is as big as it’s ever been because people are more open to discussing it and open with their issues with it,” Antioch Community High School Psychologist, Jim White said. “The movie industries are going to jump on that if there is money to be made.”

As more movies and films are being created, there has been a trend of showing or alluding to mental illnesses throughout recent and popular movies. Movies such as “A Star is Born”, “Bohemian Rhapsody”, “Rocket Man” and most recently, “Joker”, are a few examples of popular movies portraying the issue of mental illness as the audiences watch them. While some may believe this to have a negative affect on society today, causing the issue to only be worse, others may believe it is positive by shedding light on the issue. Everyone that sees these movies may likely relate to things that they recognize. Often times, depression, anxiety and even suicide are highlighted on the big screen. This can cause people to either feel like they are not alone with this struggle or it might exacerbate their mental health issues by shining a bright spotlight on their illness.

“I definitely think films that show mental health are positive to society,” junior Jackson McKinney said. “It’s part of the whole movement in speaking out about mental health issues and confronting the problems.”

Some may agree with McKinney that the appearance of mental illness can cause awareness and allow people to understand the problem on a deeper level by seeing the issue on a big screen. Others may think the opposite, by saying movies that show mental illness are dangerous and threatening to people who are already under a vast amount of mental strain.

“People might misinterpret the movies and some people may take offense to what they are showing,” junior Anastasia Paulino said. “Everyone lives through different situations so some people may view these movies as a negative impact on society.”

One of the most popular movies out right now, “Joker”, takes a spin on DC Comics movies by, instead of focusing on super powers, focusing on the mental aspect. The movie shows the life of a failed comedian who falls into an unhealthy mental state. Since so many people go see blockbuster movies, the audience is a vast variety of people. If people go to see Joker as a funny, super hero style movie, they might be surprised to see a dark focus on a very disturbed and mentally unstable main character. Others might applaud the filmmakers for putting such an important topic in society on such a massive platform for many to see. The Joker’s creepy smile is his trademark look; this film strips back the raw reason why he drew his crazy grin and alludes to it being his mask to hide what is really going on inside his head.

“‘Joker’ is one which I’ve heard did an amazing job portraying mental illness,” White said. “I think the producers did a deep dive on making sure that the movie portrayed the mental aspect of it more than anything.”

“Bohemian Rhapsody” is another very popular movie that many people believe did a great job showing the issue of mental health. The famous lead singer of the band “Queen” is Freddie Mercury. This movie details his rise to fame and the numerous physical and mental health demons he faced along the way. Freddie struggles with everything from anxiety, depression, sexual identity, broken relationships, isolation, addiction and AIDS, which ultimately takes his life.

“‘Bohemian Rhapsody’ is a great movie that shows mental illness,” McKinney said. “It did a good job explaining Freddie Mercury’s whole mental situation and the producers did the movie very well.”

It can be argued that these intense topics are very controversial to be shown since they may have a significant impact on the mental health of the viewers. While some may leave feeling uplifted when a movie discusses these emotions, others might walk away feeling much worse. The level of intensity that the movie has on mental health is very unpredictable and will vary greatly.