During the third week, Webster took Victoria Paul on her first individual date. They took a trip to Webster's hometown to meet his family. At the end of the date, Paul received a rose.

To kick off week three Webster took Victoria Paul on an individual date to his hometown. Webster taught her how to line dance and then put the dancing to use at a country concert. Later on in the date they had dinner where Paul opened up about her family struggles and their connection grew stronger. Back at the mansion the rest of the women received another group date card.

The next morning, the women were woken up with a surprised, former bachelor contestant, Demi Burnett. Burnett organized the group date for the day and brought pajamas for the women to wear on the date. This date was one big pillow fight where the women can relieve the tension in the mansion. Alayah Benavidez won the pillow fight between all the women.

After the pillow fight, Webster and all the women on the group date headed to a cocktail party to discuss their feelings. During the party, Sydney Hightower acknowledged a rising conflict she has with Benavidez. Hightower confronted Benavidez regarding what she views as an attitude and fake personality.

Webster then sat down with some of the women individually, including Kelly Flanagan, Tammy Ly and Hightower. During their talk, Hightower brought it to Webster’s attention that there are women in the mansion that are not completely genuine around him. He took this very seriously and confronted all the women. Hightower then expressed her feelings about Benavidez to the group, which caused conflict to rise.

The next morning Webster came over to the mansion for a pool party with all of the women. At the party he talked to multiple women about Benavidez. He had one on one talks about the opinions circulating in the mansion. Webster and Benavidez both left their short conversation very emotional and frustrated. Webster then cut the pool party short and left the mansion without getting a chance to talk with many of the women. Soon after the pool party, Webster came back to the mansion for a rose ceremony, where Benavidez got sent home. 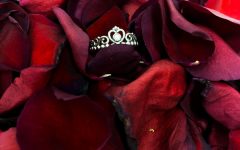