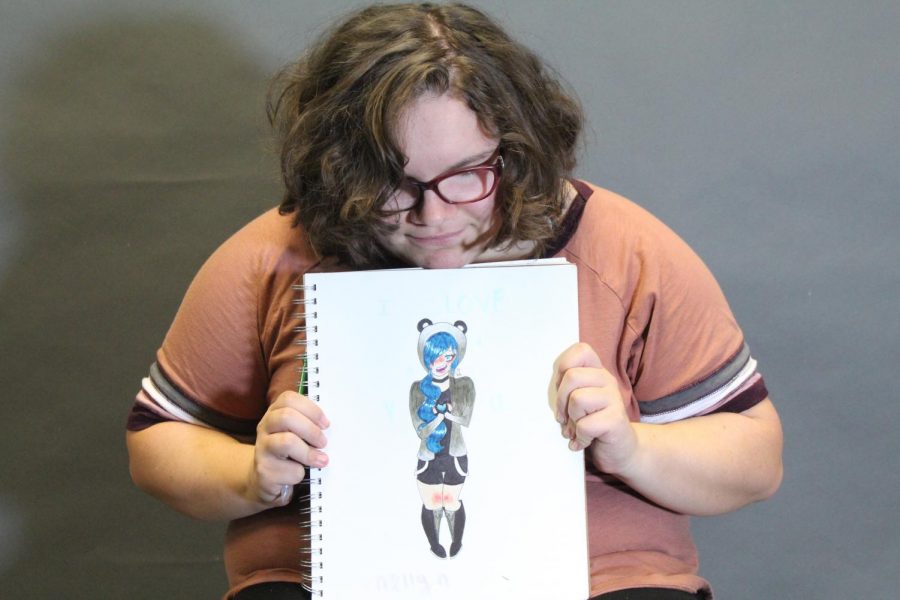 For this Sequoit, art became a means to work through tough times and doodling developed her into her own masterpiece.

Junior Raegan Sommerfelt is often caught doodling in class, but to her it is so much more than simply an act to clear her mind or distract her from learning. Doodling is a way to express herself and her emotions.

“I do use my art as a way to put out my emotions,” Sommerfelt said. “I can’t always express them in my own words and it gets scary. If I put my emotions in my art, then it’s a way that everyone can try to understand.”

Art to Sommerfelt is a way to vent and help her deal through the various ups and downs life may bring. Sommerfelt discovered the benefits of art in her sophomore year when she was going through a hard time.

“The beginning of sophomore year started going through some stuff,” Sommerfelt said. “Since then, everything has been better because of the safe place my art takes me to.”

Sommerfelt’s art has helped her in many ways and she believes it is part of the reason she continues to grow as an artist.

“When I draw with meaning to a piece, they turn out better than my doodles,” Sommerfelt said. “Now, as I get deeper into my art, I find more and more pieces with meaning.”

Sommerfelt has found that her art helps when she draws inspiration from friends and family.  After she is done with a piece, she shows them her work and gets good feedback.

“When my close friends are going through hard times, I always try to make an art piece for them,” Sommerfelt said. “It makes me feel good when my art makes someone feel better.”

Now that Sommerfelt knows her art impacts others, she is currently working on a series. Her series is fictional, but is based on real events and people in her life. Sommerfelt thinks it is a great way for her and others to deal with day to day struggles.

“I am starting a comic,” Sommerfelt said. “There are going to be over 50 characters in the comic and it is specifically for a very close friend of mine. Each character is very specific and has a defining trait, and they’re all based of inspiration of people I know”

Though Sommerfelt has decided to make a series of her artwork, she does not think she will ever make art her profession in the future.

“It’s always been something that’s just always made me happy, and have fun doing it, but I don’t see myself pursuing art as a profession,” Sommerfelt said.

She realizes that art isn’t a professional path for herself, but her art has helped her figure out what she wants to do in the future: therapy.

“My art let me know what it is like to help myself and others and I want to continue to help and find new ways to do so,” Sommerfelt said.

Art has a special place in Sommerfelt’s heart, she is excited for what’s to come for her artwork and other things in her life.