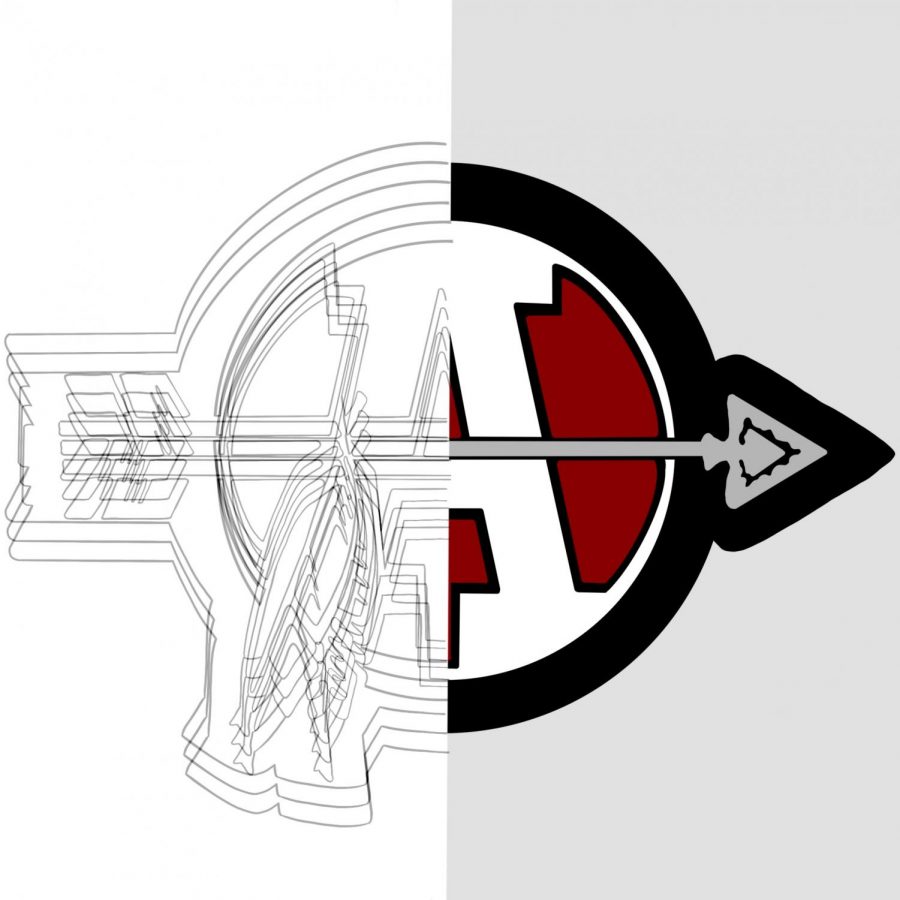 The ACHS mascot has been the “Sequoits” for over a hundred years. However, in taking a deeper look into the symbols and cultural associations with the mascot and logo, the question of cultural appropriation is raised.

Staffers Walker Winkler and Izana Nordhaus share their viewpoints on whether the ACHS logo and Sequoit name should be changed or remain the same.

The name Sequoit is one that is unique to Antioch. It is thought to have derived from a Native American word for smooth pebbles in the bed of a stream. Though Sequoit is derived from a Native word, I do not think the word has much meaning itself. The name has come to represent our culture as a community and school; it is used uniquely in Antioch, not only for the school but also for Sequoit Creek, Sequoit Harbor and several other landmarks. To me, this name clearly describes our community in Antioch and nothing else.

The Antioch Community High School logo, however, is a different topic entirely. The main reason that the logo is under fire is because of the arrow depicted in it. In the early 1970s, the ACHS logo actually has a symbolic meaning for each aspect of it. The Community High School District 117 website states that the “A” in the center of the logo represents Antioch. In contrast, the circle surrounding it represents the unity of students who wear the symbol. The arrow always faces forward, symbolizing the need to move ahead and overcome obstacles. The two feathers represent teamwork and working together to achieve success.

Along with that, the logo does not have any ties to Native American culture. Arrows derive from almost every single culture’s history at some point; feathers were also used as fletchings on most arrows as well. The only portion of the logo that is questionable is that the feathers hang off the arrow rather than connected as fletching. This aspect is not directly related to Native American cultures as well. Not all Native arrows used feathers, and several other cultures in Europe also used feathers.

The name and logo have no direct ties to any Native culture and should not be viewed as disrespectful. These aspects of our school represent us students and the members of our surrounding community. If these were changed, it would not just be a change for our school but also our community. The name would be forever lost, breaking the bond that all former and future generations of Sequoits hold together.

As an individual who has lived in Antioch her entire life, I understand the deep connection this community has. I grew up calling my siblings Sequoits, cheering on the Sequoit football team and proudly wearing the Antioch Community High School logo. Though I have become accustomed to the Sequoit name and the ACHS logo, I now question Antioch’s history and whether we as a school are misrepresenting the Native American community.

I educated myself on ACHS’s history of being insensitive toward Natives. Originally, ACHS had a logo of a Native American and had students dress up as Natives; they danced during half-time and used offensive chants that are now banned, according to a Wikipedia article regarding ACHS. Though all of these traditions are no longer in use, it remains true that ACHS made offensive actions towards the Native community. Since both our logo and Sequoit name connect us back to Native culture and language through the use of feathers in the logo and a Native-derived word, it is questionable whether or not a school of predominantly white students should represent Natives, when historically we have offended them.

Regardless of if any change occurs, what matters most is listening to the Native voices in our community. It is not the place for a school of primarily non-Native students and staff members to decide what is and is not offensive or misrepresenting towards a culture that is not their own. Additionally, ACHS should consider teaching students about Native culture in our community, considering it plays such a vast role in Antioch’s history. This would be a genuine and beneficial way to honor Native culture.