The Truth Behind Bowling

The Antioch girls bowling team goes head to head with the false stereotypes that they hear about themselves everyday.

In high school, there are typical stereotypes that categorize students into different social groups. Whether they are true or not, every type of person has a category of people made just for them. Nobody likes being categorized, especially when stereotypes carry falsehoods with them. There are many wrong assumptions placed on the bowling team that shouldn’t exist. Members of the bowling team are commonly known as nonathletic, quiet “losers” because no one pays attention to who they really are.

“I feel that most people just don’t understand or don’t want to know,” senior Lynn Michalec said. “The stereotype is false and bowlers work just as hard as any other athlete.”

In high school, is is obvious other sports are ranked higher than bowling. There is no true reason why those sports are favored over others besides the fact that is has always been this way for decades. Though the bowlers love what they do and would never quit because of some mean comments, they would love some support – and deserve some too. Bowlers go to practice and compete against others while working hard as all other sports.

“The majority of people I know today think bowling is a lame sport and they unfortunately don’t get a huge audience,” senior Treshawn Watson. “I think football and other sports are more favored because throughout the decades they have found a way to increase their audience at a high rate and bowling just hasn’t done the same.”

The accusations may be because non-bowlers don’t know what really goes into a bowling match or practices, but, either way, they should not be categorized in negative ways. Bowling may not be as physically challenging as other sports, however it has more to do with the mental game and precision. Bowling takes a lot of concentration, focus and the ability to handle pressure well. Being able to handle pressure well is a key part of bowling just like any other sport. Bowlers spend many hours everyday throwing 15 pound balls a certain and correct way to succeed in their matches and score for their team. Despite the athleticism bowling takes, it is also a major brain game and peers don’t give them credit for their abilities. Not to mention the hundreds of dollars they have to spend for new, better equipment such as multiple types of balls, shoes, rosin, slide, new skin, shoe covers, wrist guards and much more.

“Although we don’t get a lot of support, when we do well at our tournaments and meet we feel great,” sophomore Allyssa Tanner said. “We have a great team which we consider our family.”

The girls bowling team doesn’t get a ton of recognition, but because they know who they are and what they do, they stay strong and continue to do amazing in bowling. Other students don’t understand the effort they put into the sport and don’t favor bowling into their customs, but knowing the girls and what they do should earn them support. Just like every other sport, they are a hardworking family.

The Stereotype on the Mats

The truth behind wrestling isn't what people make it out to be.

Every sport has its quirks. Not everybody knows the truth behind an athlete and their sport. Instead of trying to understand the reasons behind why athletes play and compete in the sport they do, they assume. The biggest assumption in the wrestling world is one people wouldn’t expect.

“I feel like the biggest stereotype in wrestling is that the sport is homosexual,” junior Maxwell Ness said. “If you understand the sport it is a lot more than that and takes a lot physically and mentally to compete.”

This stereotype for wrestlers has been around for decades. Most often they are categorized as this because they wrestle opponents of the same sex, but in singlets. This is why most people believe that wrestling is homosexual because they believe wrestlers enjoy wrestling other males in tight clothing.

“A lot of us when we hear it kind of disregard it and ignore it,” Ness said. “We know that they don’t actually understand the sport. We ourselves know that it isn’t true, so it doesn’t matter what they think.”

This tends to be the hardest thing for female wrestlers to tackle. They are often seen as inferior to male athletes. A lot of women could be equally as good as men, but are afraid to try because of the gender label wrestling has.

“Having respect for each of your opponents despite their sex or anything else and going out there just to wrestle would make it better for both sides,” Bemis said.

Since less females participate in wrestling, male wrestlers get labeled with being homosexual. The biggest way to change this stereotype and get more women involved would be to treat every wrestler the same.

“In order for the stereotype to go away, more girls would have to come out for wrestling,” Ness said. “It’s not impossible, but it’s hard to get girls to come out for a sport that has been predominantly a boys sport for so long.”

Despite this being the biggest stereotype, there is another stereotype some people don’t address in the wrestling community.

“The stereotype is everyone is a huge bulky man, or that everyone cuts weight no matter who it is,” freshman Hayden Butenschoen said.

Most often, wrestlers go days without eating or drinking with intense workouts. Almost every high school has reported cases of wrestlers cheating to pass their hydration tests because they know they won’t pass due to not drinking water. Wrestlers will do virtually anything to make weight, even if it is not eating for days.

Wrestlers carry around a weight like no other sport. This sport is one of the most enduring and challenging sports and people don’t know how to see through a label, a stereotype that would change the face of wrestling forever. 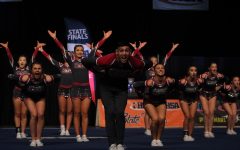 Antioch Goes For The Gold 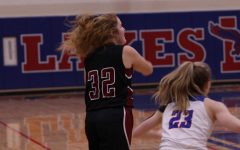 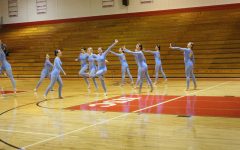 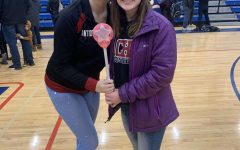 The Luck Behind The Dance 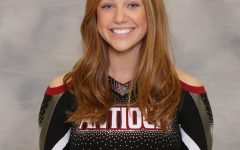