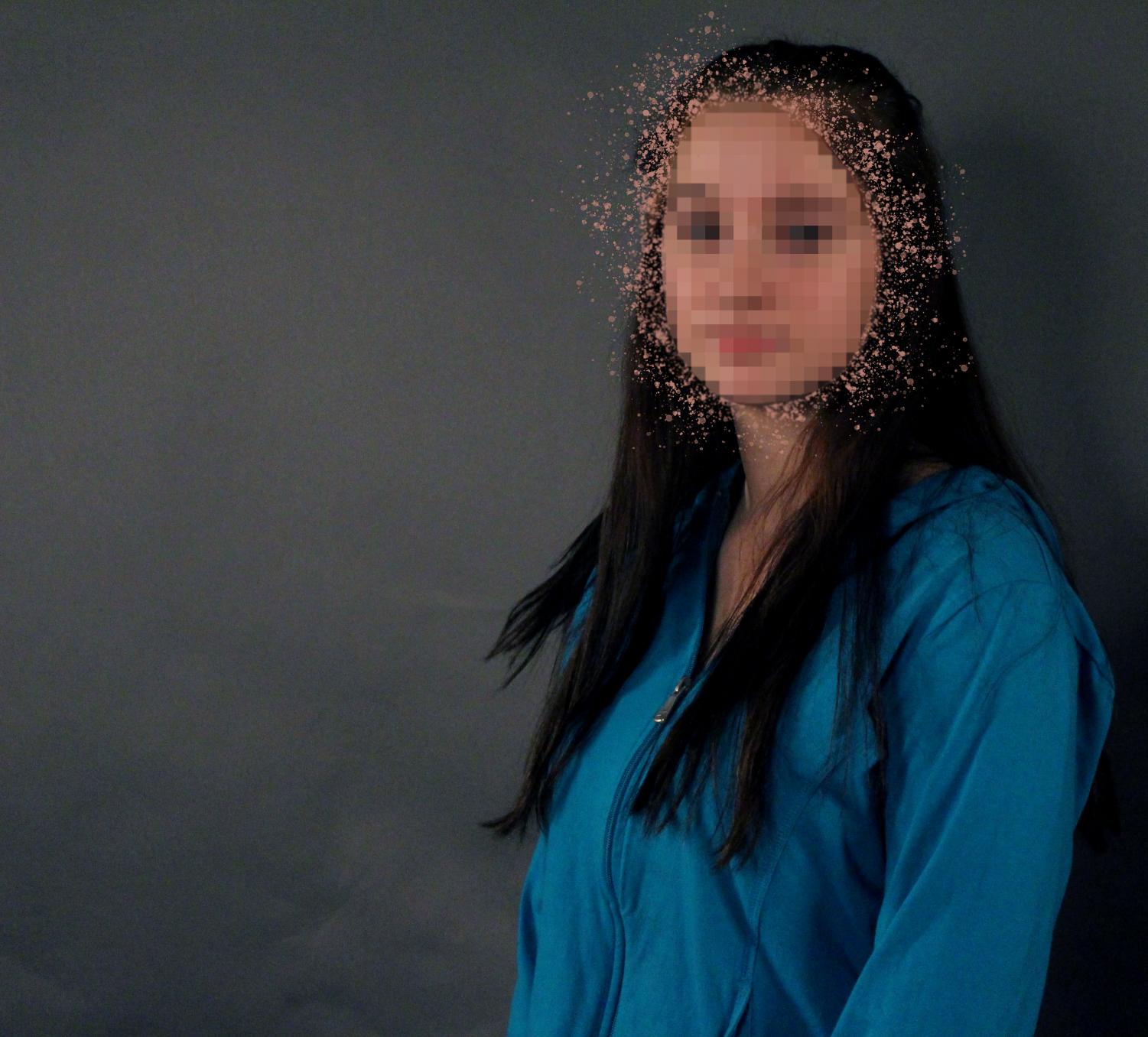 Many women feel the lines are blurred between being a feminist and supporting women. (Isabelle Hunter)

Many women feel the lines are blurred between being a feminist and supporting women.

The new form of feminism separates women into two sides.

Being female has meant different things through time. At one point it was staying at home with the kids, never dreaming of disrespecting the husband in the house. At another time it meant marching through the streets hoping to be granted the right to vote. Then came a time when women were seen as less than men, but could rarely work and live their truth. Now, women are granted the same rights as men and fight everyday to be equal. They use their gender as a reason to be worth more than what they had been thought of as before.

2018 left women with more rights and freedom than ever. Many nowadays are feminists, which is when one supports the equality of both sexes. Nevertheless, some women don’t agree with the feminist movement. There are those that believe women deserve to be empowered, but shouldn’t be constantly playing the victim and dividing women from one another. This idea is what the website Women Against Feminism believes. They believe that modern day feminists have been too keen on pushing away conservative beliefs. Those that have faith in God are being looked down upon just because it doesn’t line up with what feminists believe in.

The writers on Women Against Feminism are older than a lot of the people on social media that promote feminism. Those younger than them believe in feminism for the sole purpose of equating women to men. Nevertheless, even though the youngest generation is the one born into this form of feminism, there are some that aren’t necessarily so faithful in it.

“It’s kind of complex,” sophomore Annabelle Guerra said. “I agree with equal rights for both men and women, but I don’t know if I call myself a feminist. It’s a little more radical than my beliefs, but I do feel weird that I don’t consider myself one.”

Guerra faces a challenge she believes many do on a daily basis. She thinks the media portrays her as a terrible person just because she is a girl and doesn’t promote feminism. The media has shown Guerra that some feminists are “in everyone’s face” about the topic. Even though she can’t find herself associating with every feminist out there, that doesn’t mean she’s a bad person.

Joe Biden Wins the 2020 Election After Days of Anxious Waiting 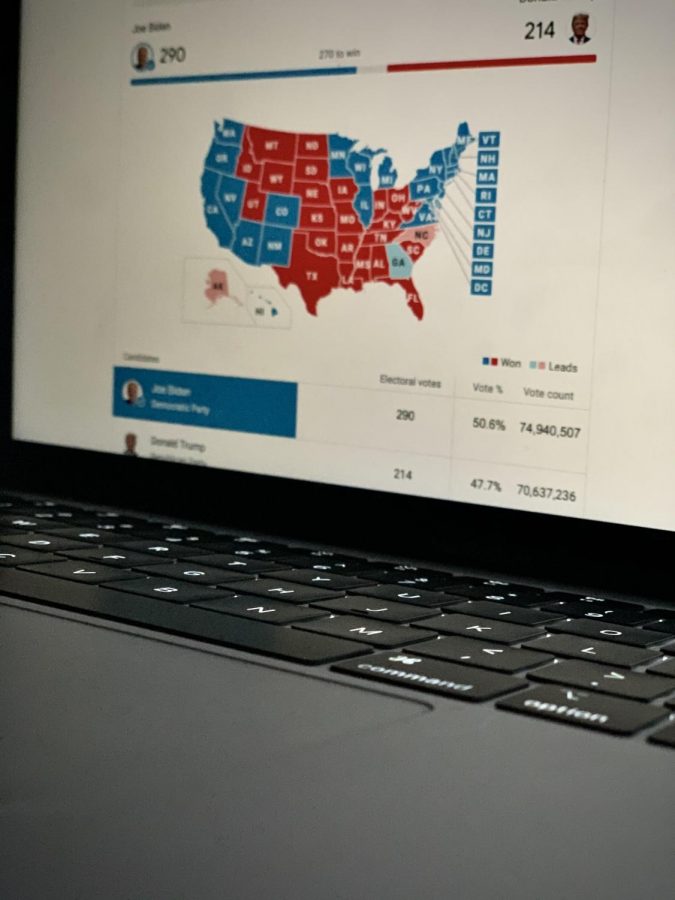 The 2020 electoral college map as projected by the Associated Press.

On Nov. 7, 2020, Democrat Joe Biden and his running mate Kamala Harris were declared the projected winners of the 2020 election, defeating the Republican incumbents, Donald Trump and Mike Pence. Prior to Nov. 7, Decision Desk HQ was the only major news source to declare Biden the winner of Pa., with major news sources such as AP, NBC, ABC and CNN calling the election around 10:30 a.m. CST. Biden ran on a platform based on COVID-19 recovery, bipartisanship, improving the existing Affordable Care Act, increasing taxes on wealthier individuals to allocate more funds to lower-income communities and improving environmental policies.

This election was historic by electing the oldest individual into the U.S. Presidential office and the first Black and South Asian woman as Vice President in American history. Another historical factor of this election was the voter turnout. Biden received the largest amount of votes in history, followed by Trump from this same election. Additionally, this was the first election since 1992, where a candidate has defeated an incumbent President since Democrat Bill Clinton defeated incumbent George H. W. Bush.

The key to winning U.S. elections is not just whoever gets the most votes because it all comes down to the electoral college and whoever reaches 270 first. Generally, states award all their electoral votes to whoever won the polls of ordinary voters of that state, which makes it possible for candidates to become president by winning certain states, even if they have fewer votes across the country. For instance, in the 2016 election, Hillary Clinton gained 48 percent of the popular vote, while Trump won 45.9 percent of the popular vote, according to the New York Times, though Trump succeeded in the electoral college vote. Garnering 306 votes to Clinton’s 232, Trump was elected president, regardless of losing the popular vote. Most predictions made by pollings favored Biden in the popular and electoral college vote and gave him a high chance of winning the election. However, the possibility of a Trump win in the electoral vote remained. These key electoral votes are decided mostly by swing states. Their political affiliation has been historically on a case-by-case basis and does not particularly lean one way or another, unlike states such as Illinois, California, Washington, Alabama, Louisiana or the Dakotas.

On Tuesday night, Trump was looking good in most swing states. He was ahead in Michigan, Wisconsin, North Carolina, Pennsylvania and Georgia, though his leads in most of these states quickly dwindled in the following days. He maintained his hold on North Carolina and won votes in Ohio, Iowa, Texas and Florida, though that seemed to not be enough for him. With Biden increasing his lead in states such as Arizona, Pennsylvania, Wisconsin and Michigan after election night, this rapid change in who was ahead in these key states had caused many to ask why this “red mirage” and “blue mirage” occurred in most of these swing states.

According to the Pew Research Center, Biden supporters were more likely to vote by mail than in person for the 2020 election due to COVID-19 concerns, as 58 percent of Biden supporters favored voting by mail. Meanwhile, 60 percent of Trump supporters preferred voting in person and only 17 percent favored voting by mail. Being as most states count mail-in ballots after they report in-person votes, this caused a situation where on Tuesday night, there were many swing states in which Trump was winning by a large margin. It seemed impossible for Biden to catch up, though more states need to count more mail-in, those states turned increasingly bluer, causing Biden to become the projected winner of most of the major swing states this year.

In Arizona, its history in elections had been red for many years, though Biden won the state this year. Except for the 1996 election, Arizona has voted Republican since 1948. This projection from the Associated Press came as a shock to many, and even though many knew Arizona was a swing state of sorts, not many expected it to go blue this year. Senior at Antioch Community High School, Gloria Lobodzinski commented on this change.

“In a way, it shows how much Republicans dislike Trump,” Lobodzinski said. “After the four years, he has been in office, [Republicans] seem to be opening up their eyes and realizing the harm he has done.”

While it is clear that Biden is the projected winner of this election, Trump has been persistent. The President has been widely outspoken in his presidency over his fear of fraudulent mail-in ballots. With COVID-19 cases surging still, a significant amount of ballots this election were mail-in. According to the Associated Press, the Brennan Center for Justice said the risk of mail-in ballots being fraudulent or illegal was merely 0.00004 percent to 0.00009 percent. Antioch Community High School sophomore Justin Pedersen, who has interned for Illinois’ 10th District for the Democratic Party, spoke on these claims.

“It’s completely outrageous that he is claiming that it is widespread,” Pedersen said. “There’s been no proven evidence in his favor, and courts have already denied his suits multiple times.”

In a difference of opinions, ACHS senior and supporter of President Trump, Alexis Olson, expressed her fears over mail-in ballots.

“I think [Trump] is making very valid claims,” Olson said. “In the swing states such as Arizona, Michigan and Pennsylvania there is definitely something going on. Unfortunately, I don’t think the recounts are going to change that much from this election.”

President Trump has evoked legal action against multiple swing states in the past couple of days to contest the election results. In Michigan and Georgia, judges have already dismissed Trump’s suits over lack of evidence. At the same time, he seems to be having a little more luck in Pennsylvania, having won an appellate court decision to have more people from his campaign to watch the vote-counting process more intently.

Regardless of how these suits go, the chances of changing the results of the election are slim. According to the Associated Press, the results of whether states can count some ballots are unlikely to substantially change the results of who won which state, therefore likely leaving the electoral vote untouched. If confirmed, Biden will start his term on January 20, 2021. 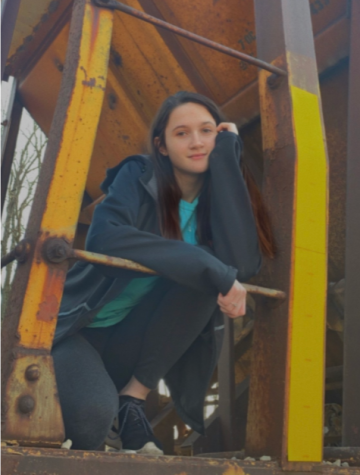 Julia Galway, Tom Tom Staff
Julia Galway is senior at ACHS, and this is her first year on the Tom Tom staff. At Antioch, she is involved in a wide array of musical ensembles ranging from the top jazz and concert ensembles, being Drum Major in the marching band and Vice President of the Tri-M Music Honors Society. In her free time, she practices music, learns new instruments, enjoys seeing nature and swimming.
Leave a Comment