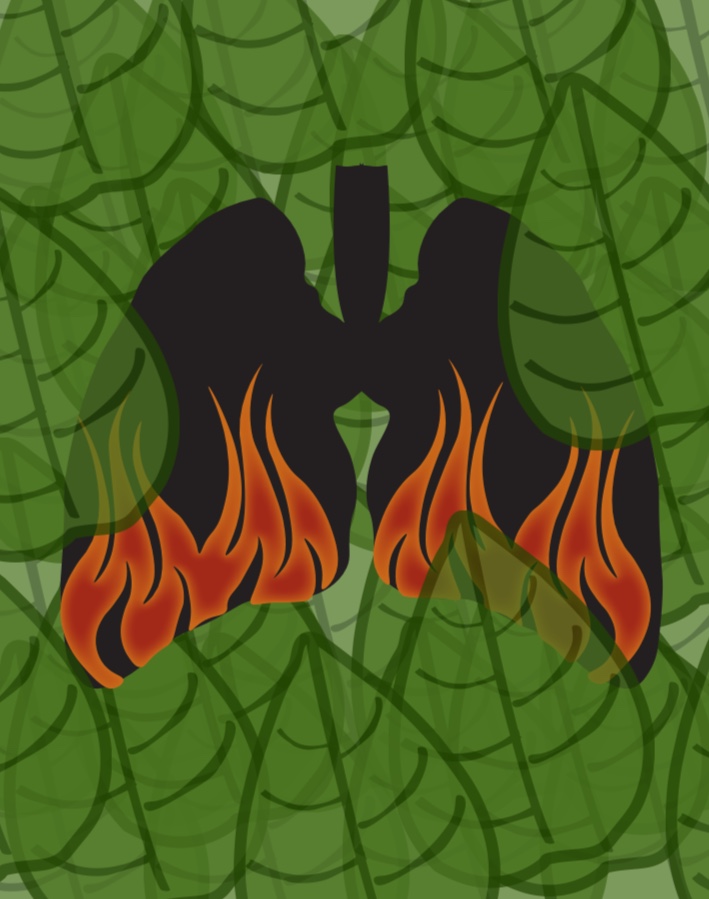 Due to the concentration of the trees in the canopy, the forest burns at an extreme rate. (Beatriz Warnes)

Due to the concentration of the trees in the canopy, the forest burns at an extreme rate.

The Amazon Rainforest Continues to Burn

The largest rainforest in the world carries indigenous people and large populations of wildlife. The consistent fires are putting them and the rest of the Earth in danger.

The lungs of the Earth are burning. They are currently being filled with smoke as fires rage through them. The Amazon rain forest is in South America with the biggest portion of its surface area in Brazil. CNN states that it curates 20 percent of all oxygen on Earth. There have been 70,000 fires in Brazil this year, which is double the amount in 2018. Half of that 70,000 occurred in the Amazon.

These fires have many reasons for starting, but some turn to the Brazilian president, Jair Bolsonaro, to blame. He has shared his stance on using the ‘slash and burn’ method to get rid of parts of the Amazon in order to make room for more cattle and other livestock. According to Science Alert, Bolsonaro stated in his campaign that his hope was to increase the Brazilian economy, but many citizens disagree with his methods.

¨It shouldn’t be burning and not for as long as it has been,” junior environmental club member Tessa Wolf said.  “I can understand if it started because of natural causes, but if its been burning for that long then [that means] there hasn’t been much efforts to put it out, [which is] concerning.”

Theories of climate change vary between people. There are different methods in which people try to prevent it. Teenagers have recently made it ‘trendy’ to use a metal straw instead of plastic ones, which were shown to harm sea turtles. Others use reusable coffee cups and water bottles to reduce their use of plastic.

“There’s no words to describe how terrible those fires are in the Amazon,” junior environmental club member Chloe Krumrai said. “It’s crazy to think about how much damage it’s causing to the people and animals living there. It’s affecting the Earth more than people think and it’s super important that they start to learn about the consequences from the fires.”

According to CNN, if the Amazon continues to burn at such a rate, it can become deserted of all it’s wildlife and will also instead emit carbon dioxide, instead of being a source of oxygen. A world without the Amazon rain forest would not be habitable; it is up to each individual person to make a change to deter the world from it’s road to an even larger climate crisis. 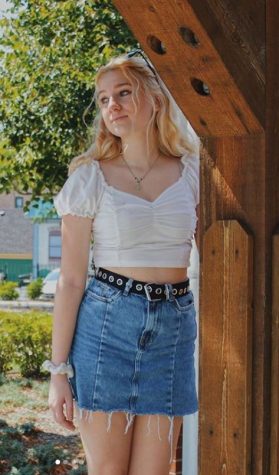 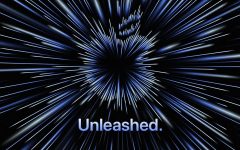 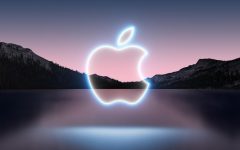 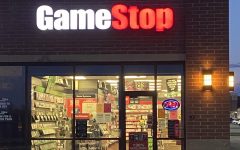 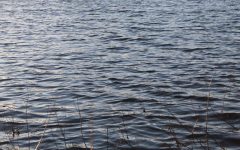 Ever Given Ship Blocks the Suez Canal 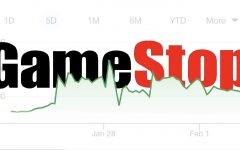