The Stereotype on the Mats

The truth behind wrestling isn't what people make it out to be.

Every sport has its quirks. Not everybody knows the truth behind an athlete and their sport. Instead of trying to understand the reasons behind why athletes play and compete in the sport they do, they assume. The biggest assumption in the wrestling world is one people wouldn’t expect.

“I feel like the biggest stereotype in wrestling is that the sport is homosexual,” junior Maxwell Ness said. “If you understand the sport it is a lot more than that and takes a lot physically and mentally to compete.”

This stereotype for wrestlers has been around for decades. Most often they are categorized as this because they wrestle opponents of the same sex, but in singlets. This is why most people believe that wrestling is homosexual because they believe wrestlers enjoy wrestling other males in tight clothing.

“A lot of us when we hear it kind of disregard it and ignore it,” Ness said. “We know that they don’t actually understand the sport. We ourselves know that it isn’t true, so it doesn’t matter what they think.”

This tends to be the hardest thing for female wrestlers to tackle. They are often seen as inferior to male athletes. A lot of women could be equally as good as men, but are afraid to try because of the gender label wrestling has.

“Having respect for each of your opponents despite their sex or anything else and going out there just to wrestle would make it better for both sides,” Bemis said.

Since less females participate in wrestling, male wrestlers get labeled with being homosexual. The biggest way to change this stereotype and get more women involved would be to treat every wrestler the same.

“In order for the stereotype to go away, more girls would have to come out for wrestling,” Ness said. “It’s not impossible, but it’s hard to get girls to come out for a sport that has been predominantly a boys sport for so long.”

Despite this being the biggest stereotype, there is another stereotype some people don’t address in the wrestling community.

“The stereotype is everyone is a huge bulky man, or that everyone cuts weight no matter who it is,” freshman Hayden Butenschoen said.

Most often, wrestlers go days without eating or drinking with intense workouts. Almost every high school has reported cases of wrestlers cheating to pass their hydration tests because they know they won’t pass due to not drinking water. Wrestlers will do virtually anything to make weight, even if it is not eating for days.

Wrestlers carry around a weight like no other sport. This sport is one of the most enduring and challenging sports and people don’t know how to see through a label, a stereotype that would change the face of wrestling forever.

One Response to “The Stereotype on the Mats” 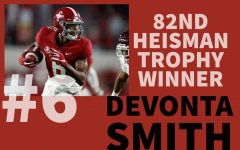 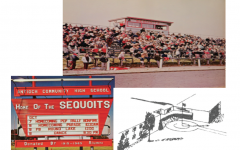 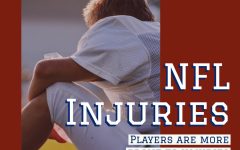 Lack of Training Leads to Increased Injuries in NFL

The Price of a Guard 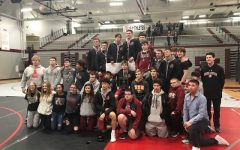 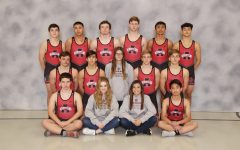 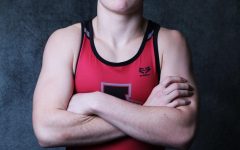 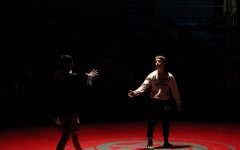 Ready to Rumble: Antioch vs Round Lake