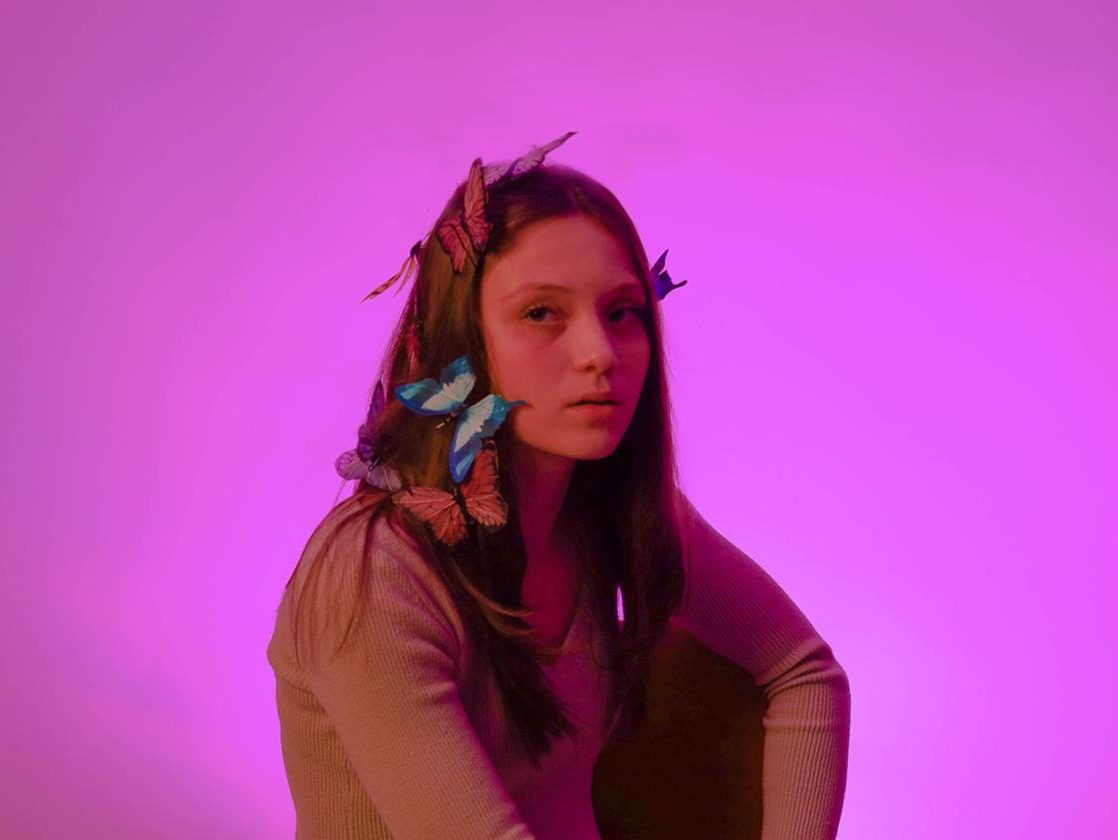 Tears began to build up in my eyes at the dinner table after my mom informed me of the horrific news. I had been diagnosed with cancer.

Believe it or not, I was mostly distraught by the thought of losing my hair. To save the tears, I decided to shave it off because I could not bear the idea of having to watch my hair fall from my head chunk by chunk.

Before my diagnosis, I had quit the sport I loved most because the bump on my knee was becoming overly painful. My family and I were at a Christmas party, and there was a surgeon there that specializes in tumors. He explained to my parents and me that I should get it looked at immediately. We went to the doctor’s office and they suggested physical therapy. When that was not working, they informed us we should see a specialist. After several tests, we were told that I was diagnosed with Osteosarcoma, a type of bone cancer.

I was in constant denial; The painfully repetitive days were mentally draining. I went from living a normal life to being unsure if I would be here tomorrow. I did not want to believe that this was real. The assertion that this could not be happening to me constantly cycled through my brain as I lay in the hospital bed alone at night in the tight, small room with the sounds of monitors.

While I was going through all of this, I went to a therapist and was diagnosed with depression, although I never actually admitted it and I did not want to believe It. It hurts when you do not want to be around certain people because they just feel bad for you. I just wanted to be treated like I was before. It is hard going from wanting to be around your family all the time to not wanting them around at all. The pitying stares and worried glances were too much to handle.

The words I never wanted to hear were “you’re so strong” or “you’re doing fine” because, at the time, I was going through a big surgery where three-fourths of my femur was removed. I had to relearn how to walk, which was one of the most frustrating things I ever had to do, and just hearing that I was “strong” when I was visibly struggling to do things as simple as walking just sat wrong with me. I liked hearing positive things that would make me feel better about how much I had progressed. My surgeon would always reassure me that everything was fine, but at the same time, they were telling me that my leg was fine when it was not. The word “fine” is a very sensitive word for me; I confuse it with a lack of trust and hope.

Gaining a special bond with my nurses helped me through the whole process. I was not able to spend time with my friends because I had to be in the hospital, but the nurses quickly became my friends; they never failed to put a smile on my face when I was feeling a sense of loneliness.

The nurses and their genuine support were so helpful during a time when the constant showering of sympathy was so tiring. It was a recurring thing coming from everyone, and I became unsure of how to respond. You cannot respond to sympathy when you are not even sure if you will be okay. The ground beneath me was never stable, and with that came confusing relationships.

It is so weird when the people who once hated you all of the sudden are saying “sorry” and wishing you the best. It is odd to think the people that have said horrible things about you can instantly feel bad because of something you cannot change. They feel the need to become my friend; before my diagnosis, they wanted nothing to do with me.

After a long time of confusion and pain, this amazing opportunity arose to attend Camp One Step. The camp is located in Lake Geneva, Wis., bringing together children from all over the world that have had cancer. I felt like I was a part of something, even understood for once; it was a sense of normalcy. I met a group of friends that I had an immediate bond with, and we had a conversation about our illnesses and our journey then that was it. The tragic topic was never brought up again. I loved explaining absolutely nothing to strangers, and they already understood me better than most people.

As I stepped up next to the bell on Sept. 27, 2018, all the nurses and my family were there, supporting me and cheering for me. I thought, “Wow, this is actually happening; I am finally done with this battle. I won; no more chemo, no more tears, no more sympathy. I finally get my life back. I have overcome one of the toughest battles that the average person will never have to go through, and most excitingly, my hair is finally beginning to grow back.” I reached for the bell and shook it with pride. My smile grew bigger and bigger. The claps and cheers in the hospital grew louder and a sense of relief dispersed through my body. I was healed.

Once I finally beat cancer, there was a relief I felt that I have never felt before in my entire life. A thing that was a part of my everyday life just disappeared. I received so much love and support from family and friends that stuck right beside me through it all. The whole process was so unreal; it all happened so fast.

Going through cancer was eye-opening in many ways; one minute, you are hanging on by a thread, and the next, you are back to a normal life. This time, there are limits, limits that I did not have before. The way you perceive situations differently is almost freeing. Once everything is taken from you, you don’t take life for granted anymore. 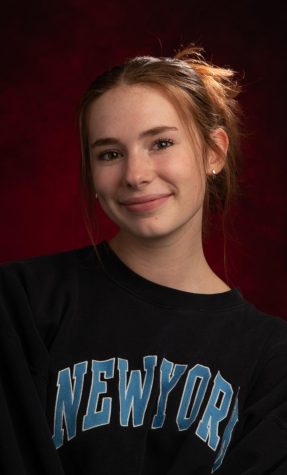 Claire Policht, Tom Tom Staff
Claire Policht is a junior and has been on staff for three years. In her free time, she enjoys going to the gym, reading books, playing golf and her dogs Theo and Maggie. She likes to write and get stuff done. Policht hopes this year will be lots of fun! 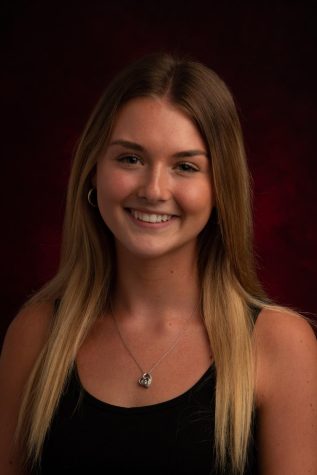 Faith Francke, Tom Tom Staff
Faith Francke is a junior and has been with the Tom Tom staff for three years. She is an ACHS field hockey player and cheerleader. Francke spends most of her time coaching for the Antioch Vikings and in her free time, she enjoys spending time with family and friends. 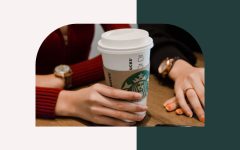 The backlash against Starbucks’ rewards change 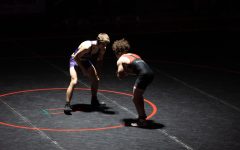 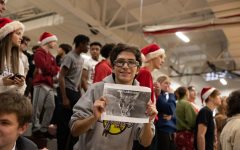 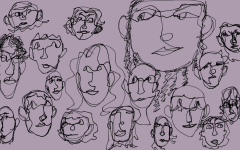 The faces of local art 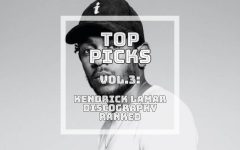 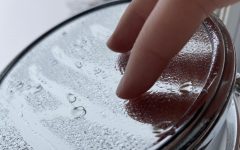 What It Feels Like to look away from the mirror 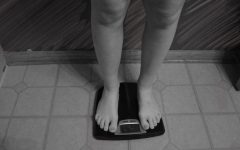 What It Feels Like to hate the number on the scale 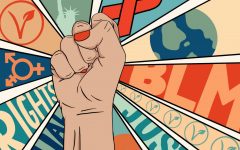 What It Feels Like to not be a social justice warrior 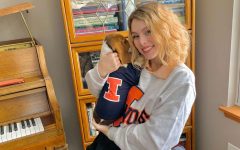 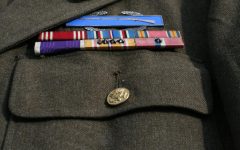 What It Feels Like to have a parent in the military