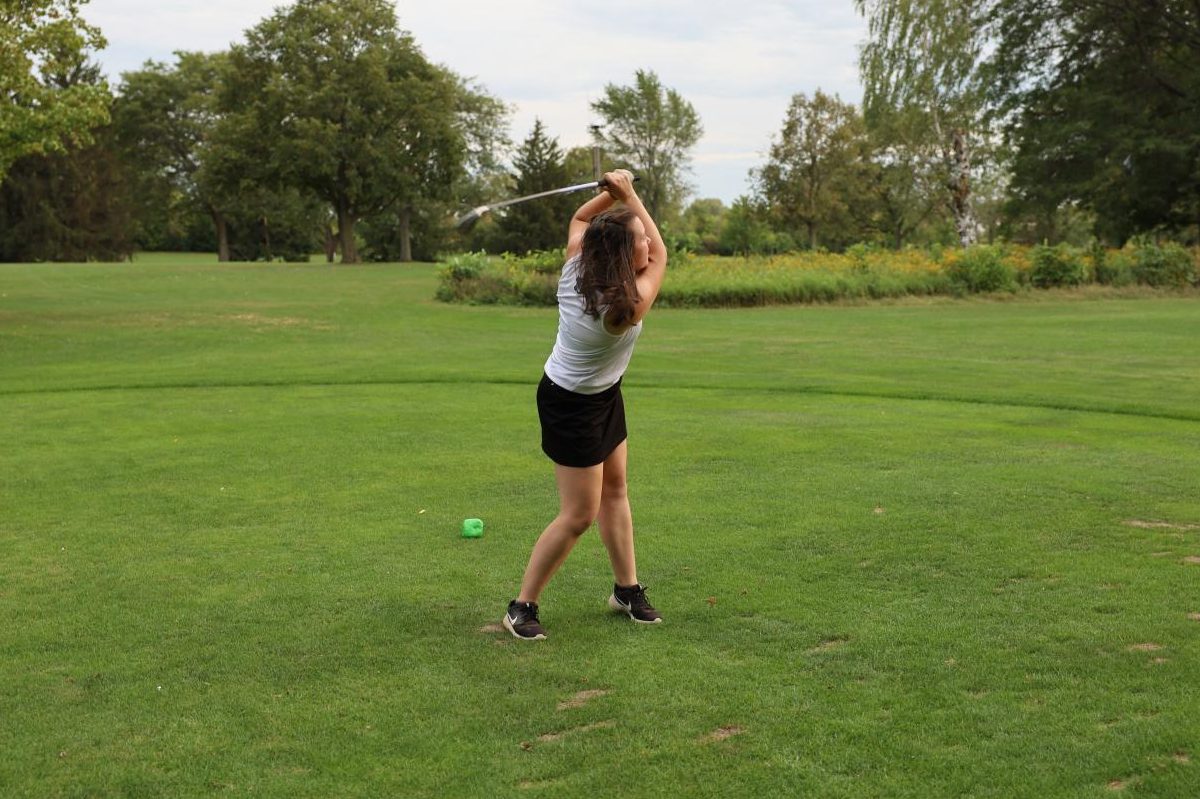 Most people see golf as something you can just have fun with, they see it as an activity that you can do to have fun with your friends and family. But for senior Ashley Lubkeman, she sees it as not only a fun activity, but also as something to take seriously.

“I struggled with not comparing myself to the girls I was playing with,” Lubkeman said. “I did a lot better with it my junior year and instead compared how I was doing to how I had played the previous game. This helped me to improve my scores and get a better visual of the specific things I had to work on.”

While she has struggled with some mental weaknesses, Lubkeman has been able to bounce back and get better mentally. She has also had some help with her mental game from head coach William Hamill. Hamill has taught her numerous things about the mental, and physical side of golf.

“I have told her that every shot is a new one and to play the game and not to let the game play her. Finally, always figure the risk and reward of each shot,” Hamill said.

Lubkeman has been playing golf since freshman year, she really liked the game, and immediately connected with some of the girls on the team at summer camp. Ever since, she has loved the game and being on the team and being able to play with her friends.

“I started playing golf because I had been playing hockey since I was little so I thought the sports were pretty similar,” Lubkeman said. “I really connected with the girls on the team during summer camp.”

Lubkeman has loved being on the golf team and being able to bond with others that have the same love for the game that she does. Since she loves the game so much, she has goals that she hopes to accomplish in her high school career.

“I’ve wanted to get first in conference as a team since freshman year but individually I’m aiming for top three in the conference tournament,” Lubkeman said.

Coach Hamill also has a few goals for Lubkeman, he knows her abilities, and knows what she’s capable of doing with her golf game. One of those goals is to get her to possibly be able to play in college.

“A few goals I have for her are to medal at the conference tournament, qualify for sectionals, and possibly play somewhere in college,” Hamill said.

Even though coach Hamill may want her to play in college, Lubkeman is not specifically looking at colleges for golf, but mainly for a great academic program.

“I’m not looking for colleges specifically for golf but if a college I was accepted to also offered me a golf opportunity I would take it,” Lubkeman said.

Since she has been on the team for close to four years now, she has learned a lot, not only from coach Hamill, but also from herself. She has learned things about the game of golf that she can relate to life in the future. There are many parts of golf that can relate to life, it is mentally challenging, and you learn to cope with those things, just how you have to learn to cope with things in life.

“I’ve learned you can’t just rely on being good at one club or aspect of the game which can relate to life in a lot of ways,” Lubkeman said.

Since Lubkeman is a senior, she is a leader on the team. Lubkeman is a great leader for many reasons, including the fact that she likes to accept anybody on the team into her life, and tries to make a relationship with them.

“Ashley is willing to accept all players into the makeup of the team and will even address situations positive and negative with other players,” Hamill said. “Ashley may be a little quiet but all players respect her and her abilities, and when Ashley talks to the team they listen, that is the reason she is the captain this year.”

Lubkeman may be quiet, but she plays such a big role on the team that whenever she does something or says something, her teammates want to learn from her and listen to what she has to say. She has earned her role as captain for this year’s golf season and is happy to be able to lead her team to hopefully being contenders to win the conference.

Being a senior, Lubkeman knows that this could be her last time on a golf team, and wants to make her time worthwhile. She hopes to end the season on a good note and have a great season. Lubkeman wants to leave a mark on the Antioch girls golf team and wants to see the team succeed after the end of this season.

After the season ends, Lubkeman will still try and spend time with her teammates, and probably go and play golf with them before she goes off to college next year. 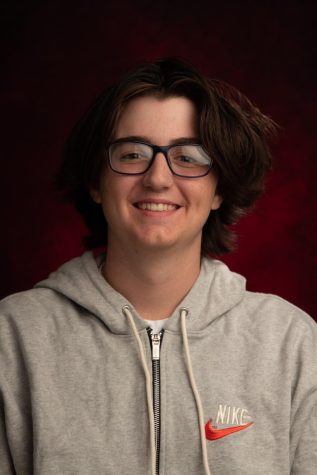 Brayden Cecchi, Sports Writing Editor
Brayden Cecchi is a senior and has been on staff for three years. In his free time he likes to hangout with friends, play baseball and watch Marvel movies. Cecchi has high hopes for the 22-23 Tom Tom staff and believes they will produce the best magazines yet. 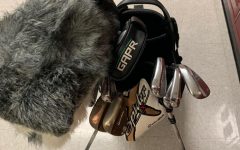 What’s In Your Bag: Girls Golf 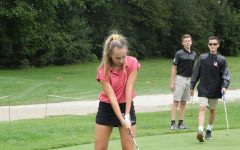 Swinging for the Green 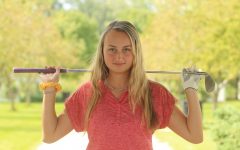 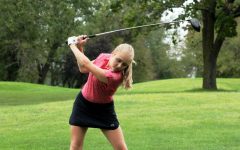 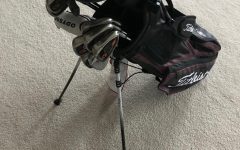 What’s in Your Bag: Golf