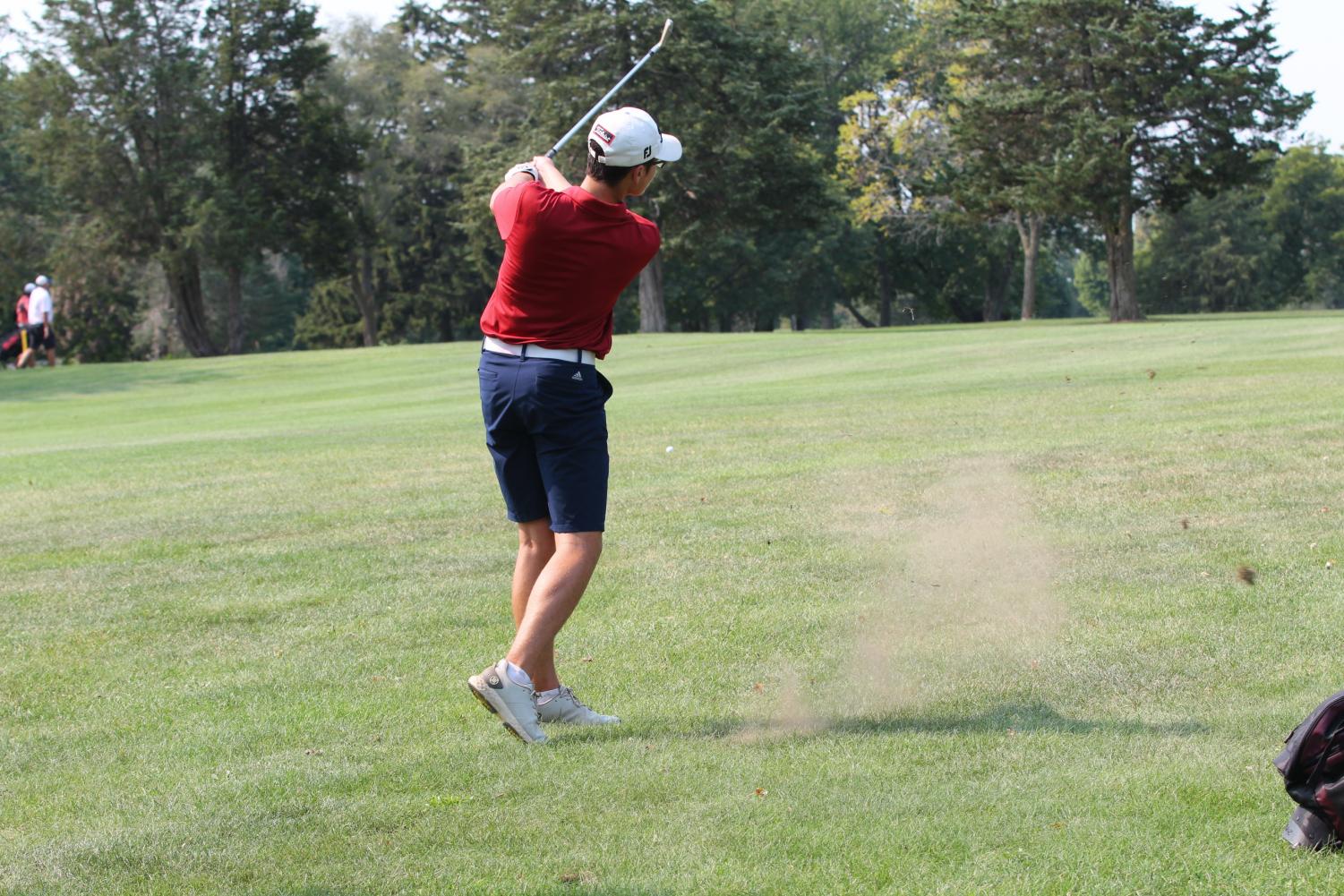 Not many sports are as relaxing and tranquil as golf. Golf is a sport that does not require much physical activity, but it does require a good mindset. Junior Ethan Frasch found a new passion for golf due to the peaceful nature of the sport.

“[I like] how peaceful it is; I am not much of a guy who likes physical activity,” Frasch said.

Frasch started playing golf his freshman year of high school because one of his best friends plays golf and encouraged him to go out for the team. Ever since that day, Frasch has continued to play and grow at the game.

Frasch’s best friend and golfing partner, junior Donald Barnett, enjoys golfing with Frasch because it takes the pressure off his shoulders and makes the game less tense.

“It is very stressful to play in a regular tournament, but then when you play with Ethan, someone you can screw around with, it takes your mind off of golf,” Barnett said.

Barnett and Frasch are very competitive with each other when it comes to golf. They both want to beat each other and their opponents at the same time.

“We are very competitive; we try to beat each other or see who can hit the farthest drive, or the closest shot,” Barnett said.

Golf is not a game about who can hit the ball the furthest, it is about who has the best mental game and approach. Getting angry over a bad shot or missing a putt can change the ending results in a negative way.

“[My mental game] is terrible, I get mad way too easily,” Frasch said. “I am surprised I have not broken a club yet.”

Frasch’s golf coach Michael Hickey has been helping him with both his physical weaknesses and his mental game. Hickey had been coaching Frasch since his freshman year of golf and continues to coach him now.

“Ethan has been taking private lessons this year, so my coaching is mostly about the mental aspect of the game and making good decisions,” Hickey said.

Frasch’s mental game is not the strongest, but he is still growing and practicing the perfection of the mental game.

“I try to control it by just focusing on the next shot instead of the shot I just hit,” Frasch said.

Not only has he been working on the mental aspect of golf, but he has also been working hard on the entire game itself; Frasch practiced hard over the summer to get better and lose some strokes off his score.

Frasch has improved a lot from the past few years and many are noticing it as well. Hickey is one of the people who has noticed it the most.

“Ethan is by far our most improved golfer and every aspect of his game has improved a great deal,” Hickey said.

The hard work and the effort Frasch has put in are paying off. Frasch’s score has improved by a lot; he has cut at least ten strokes off his score, and in the future, it will be more.

When Frasch has a golf meet, he always prepares himself so he feels comfortable and ready to golf.

“[I] just take a couple of deep breaths, and I get used to the greens on the course so that I do not suck at putting,” Frasch said.

When Frasch started to golf, he looked up to a professional golfer named Jordan Speith. Frasch follows in the footsteps of Speith by showing leadership. Becoming a leader for a team is hard, but Frasch excels at it, showing his team that hard work pays off.

“The other players see him working on putting, chipping, etc., before each practice,” Hickey said.  “He will set up drills for himself and invite teammates to work with him.”

Not only has Frasch showed leadership during practice, but he has shown leadership in his game, as he has led the team to multiple wins this year.

“Ethan is what I would describe as laid back, and [he is] goofy and silly at practices. [However, he is] super serious during matches,” Hickey said. “I think that is perfect as it allows him to have fun with his teammates during practice and remain focused during matches.”

Competing with multiple schools’ top golfers is difficult, but Frasch makes it look easy because of how hard he has worked. Frasch’s scores have been consistent and always help the team.

“Ethan also contributes by always shooting a score that we keep in competitions,” Hickey said.

Maintaining scores that contribute to the team’s overall score is difficult, but Frasch always finds a way to help out his teammates.

Since Frasch is a junior, college is around the corner, which means the decision of whether or not he wants to play in college and compete at a higher level is on the horizon. Frasch can see himself playing golf in the future, and he is looking forward to that opportunity. Hickey has high hopes for Frasch’s golf future. College competition is a big step up from high school competition, but Hickey looks forward to seeing Frasch golf at a higher level.

“If Ethan continues to work as hard as he did before this season, I absolutely see him having an opportunity to play college golf,” Hickey said.

Frasch still has some time to decide on where he wants to play in college and whether or not he wants to pursue a future in golf. Frasch is still growing as a golfer, and in a few years, he will grow up to be a smart golfer who knows how to play the game well.

View Comments (1)
About the Contributors 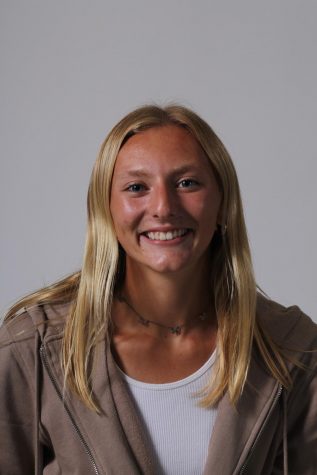 Sydney Parker, Tom Tom Staff
Sydney Parker is a junior and this is her third year on the Tom Tom staff. Sydney plays both softball and golf. In her free time, she likes to hang out with her friends, go shopping and spend time with her family. 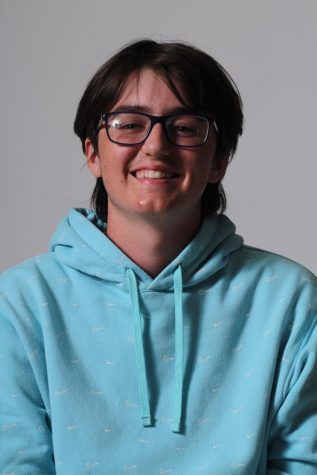 Brayden Cecchi, Tom Tom Staff
Brayden Cecchi is a junior and this is his second year being on the Tom Tom staff. Brayden plays baseball and spends a lot of his free time outside. Brayden enjoys going on bike rides, driving around and hanging out with his friends. 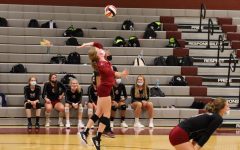 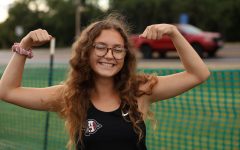 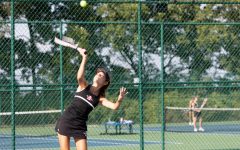 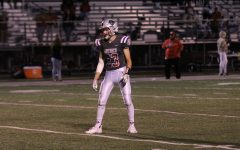 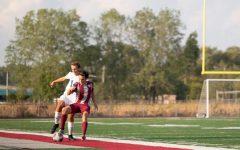 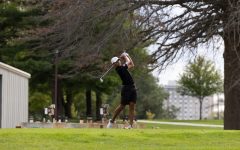 Barnett gives his final thoughts on his first state experience 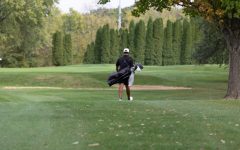 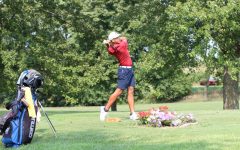 Moving up in the rankings 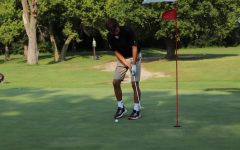 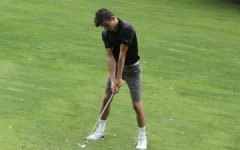