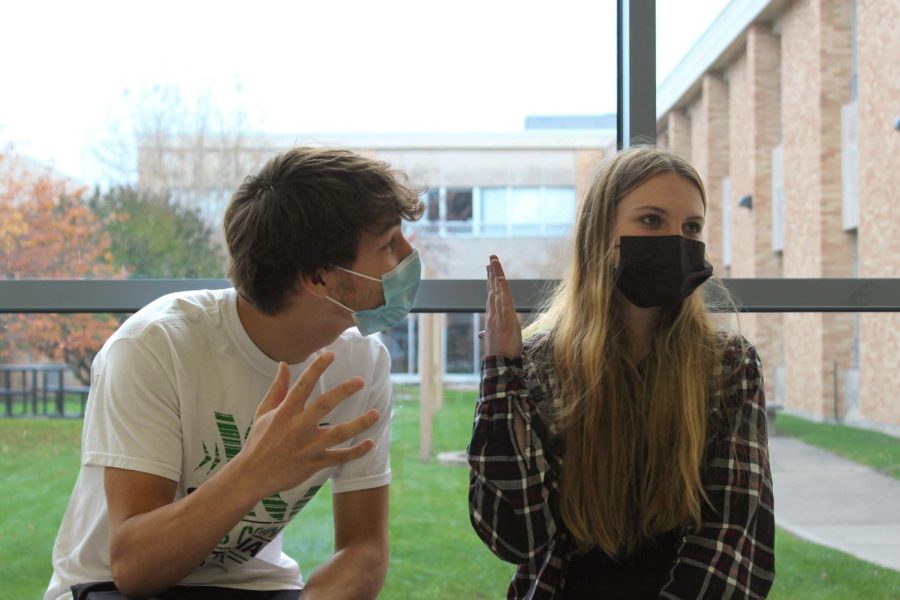 Riley Demas-Billman and Jake Link discussing the rules of breakups.

As exes return to the taken status of happily ever after, Riley Demas-Billman and Jacob Linck, an ACHS couple, discuss whether a do-over or a continuation of a preexisted relationship is ethical.

When beginning a relationship, both parties must communicate before anything is considered official; a relationship consists of communication with the significant other. So, even though a couple will converse about ending things, that does not mean that there is an official endpoint. When it comes to breakups, that may mean the end of the relationship; though, it can also mean a temporary agreement that pauses the relationship. However, that is for the couple to decide, not those surrounding them.

If and when a couple chooses to break up, I believe it is appropriate to include all months before their initial separation. Regardless of how much each partner has grown emotionally, physically and mentally, they still choose to be with the same person. Although they may change, their future with that person remains the same. The experiences and interactions they once had cannot just vanish within thin air.

Not only is it up to the couple on what time frame they establish, but it also depends on the situation. Say a relationship lasts for six months, takes a one-month break and has now been together for another month: I think it would be fair to consider their relationship seven months in total.

Some may view it differently, but I think couples follow this ideal because it is the same dynamic, same person, same life; they do not want to erase such a substantial history of their life, including that person. If Jake and I were to take a break and we got back together, I would count our pre-breakup time because we were still together for a significant time in my life.

Relationships are not always solid; things can break as easily as a sheet of glass. A single romance is not pinpoint perfect, and neither are we, which is why breaks may be worthwhile. It does not have to concern the relationship either: outside issues, difficulty to trust and disagreements are just a handful in the range of reasons. A universal thought surrounding breaks seems to be that its usage is only for selfish reasons; sometimes dating can become an overbear of codependency, and separating for a period can equate to healthiness.

Give or take, high school relationships do not often have the same magnitude or importance as adult relationships, but missing someone incredulously is sometimes enough to bring the two back together. 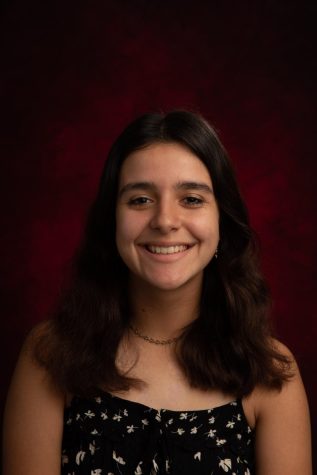 Chloe Barbarise, Editor In Chief
Chloe Barbarise is a senior and has been on staff for four years. In her free time, besides being a journalistic writer, she enjoys reading psychological or romance novels, listening to music and spending too much of her money due to her caffeine addiction. This year is a special one for her, and she hopes to successfully lead The Tom Tom onward.
Leave a Comment

The beginning of a relationship can be as subtle as two people awkwardly talking when they bump into each other; nothing obscure is needed for a connection to spark. The choice to dive into something more is a promise between two people to do the best for each other. When one party states, “We should take a break,” then there is a possibility for future romance. If the intent is to terminate, meaning permanently, the relationship should no longer continue; word choice matters.

The time off in between is also a determining factor on whether previous months count. A month break with the intent of rekindling the romance is different in comparison to a longer gap that never would view revival again.

Some couples do not rewind the clock on their new and improved relationship because it feels no different from before. Now, this may be contradictory, but if Riley and I were to break apart, I would count the separated time due to the duration of our current relationship. My feelings toward her would be the same if we resumed, and in some essence, I feel like I already know her so well that a gap would make a significantly minor difference to me.

Our relationship is not incredibly different from any other; our time together consists of bowling, hanging out on the couch and many other average high school activities. These activities might seem less than exciting, but with the right person, the most seemingly boring ideas turn into memories you look back on and smile about.

There are many reasons for taking a break, primarily because one or more parties believe they need time away to reflect upon the relationship. But, to me, it sometimes seems unnecessary. The purpose of having multiple relationships is to find the person for you. Once you find that person, but you feel you need a break, then they may secretly not be the one for you. And even if they are, would it take a break for you to wake up?

Two lost souls can find their way back together because life seems different or even unnatural without that one person who once carried the whole world on their shoulders in your eyes. By taking a break, though, that contradicts the meaning of a soulmate.

Chloe Barbarise, Editor In Chief
Chloe Barbarise is a senior and has been on staff for four years. In her free time, besides being a journalistic writer, she enjoys reading psychological or romance novels, listening to music and spending too much of her money due to her caffeine addiction. This year is a special one for her, and she hopes to successfully lead The Tom Tom onward.
Leave a Comment